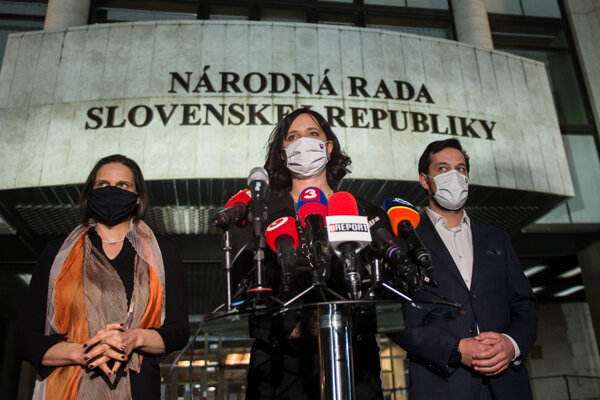 The representatives of Za Ľudí after the March 3 meeting of the coalition council. (Source: TASR)
Font size:A-|A+  Comments disabled 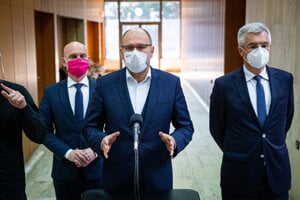