Ružinov hopes that the containers will not become target of vandals. 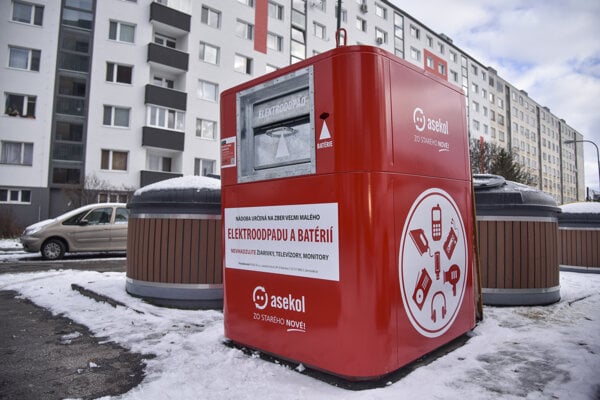 The Borough of Ružinov is joining the other boroughs of Bratislava and is installing red-and-white containers for small electronic waste on its territory. To start, there will be six containers belonging to the the Asekol SK company and the borough believes that they will avoid the problems that other boroughs have encountered. 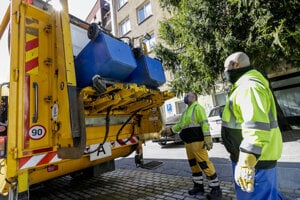 “Waste is, of course, a problem in Ružinov, as everywhere else,” said Ružinov Mayor Martin Chren, as cited by the TASR newswire. “It often happens that people throw electrical appliances into common waste containers, where they do not belong. That’s why I’m glad that we are establishing cooperation with a company that collects small [electronic] waste.”

Chren admitted to some concerns as the containers are intended exclusively for small electronic waste.

“You can throw a hair dryer or used batteries into them but you can’t throw out the fridge there,” said Chren, pointing to the fact that the experience of other boroughs speaks of frequent disrespect by citizens and of large electrical appliances being left. “That’s why we are starting small, with six sites, and we’ll see how it works in Ružinov.”

Petržalka has temporarily withdrawn its containers due to vandalism, with one third of its 15 containers being damaged. The borough is currently working with the Asekol SK company on their return. They are also trying to make them more secure.

“We have contacted several container manufacturers to negotiate with them for the production of a new type of container, which will be more suitable for placement in densely populated parts, not only in Petržalka but also the other boroughs of Bratislava,” said Tomáš Štefančík of Asekol SK. “We are also discussing the possibility of equipping containers with a camera system.”

Thank you for singing up. Shortly an email will be sent to the address you provided to verify your e-mail.
Error! Please try to register again later, your e-mail was not registered.
Your email is not in a correct format.
Please confirm you are not a robot.
Share on Facebook (183)Comments disabled