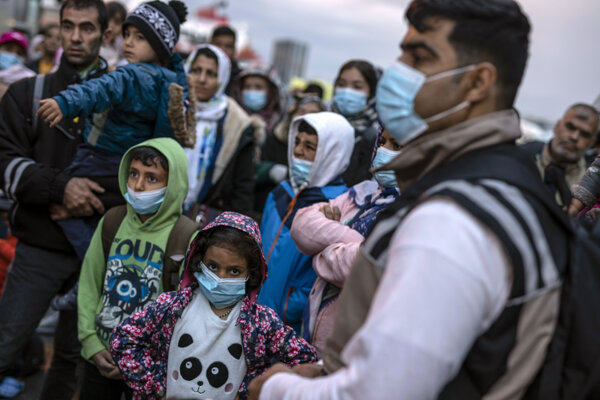 Refugees and migrants waiting for a bus at the port of Piraeus near Athens on May 4, 2020. (Source: TASR/AP/Petros Giannakouris)
Font size:A-|A+  Comments disabled

For more than ten years, Tomáš Rafa has been mapping the issues of extremism, nationalism and xenophobia with his camera.

He films protests by extreme right-wingers against Roma, migrants and the LGBT community - in Slovakia, the Czech Republic, Poland and other countries. The Slovak documentary maker then uploads them onto his YouTube channel, where more than 17 million people have already seen them.

When the first segregation wall in the modern history of Slovakia was built in Michalovce, eastern Slovakia, back in 2009, Rafa was a student at the Academy of Arts in Banská Bystrica.

“It was officially called the Sports Wall and was intended for sports activities,” he said. “In reality, it separated a Roma settlement from a block of flats called the East.”