Here is this week's list of culture and lifestyle stories, including Hamšík's move to Sweden. 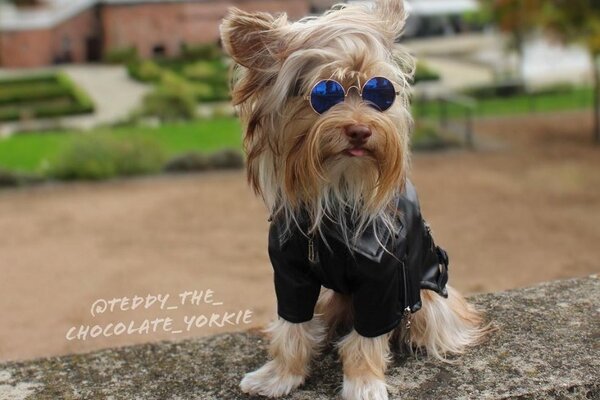 On the occasion of the International Women’s Day, which we marked March 8, we have a music surprise for you at the bottom of the roundup. This week, we write about Marek Hamšík’s much debated move to Sweden, new Great Moravian findings, and a social media dog star. But first, watch this video below.

How a dismantled ancient Poprad tram travelled to Bratislava

It took several weeks to get ready for an extraordinary logistics operation – transporting an old tram from the Tatra region to a Bratislava depot for repairs, but it worked out well after all.

The EMU 89 tram, produced in 1968, was first dismantled into three pieces in Poprad, eastern Slovakia, and loaded on three cargo wagons. A train then set out on a very slow journey of 350 kilometres across the country.

The most interesting part of the route was a normally out-of-operation railway line between the Bratislava Predmestie station and the DPB complex. No train has run on it for more than 12 years. Hence, it had to be cleaned of all wood and dirt to prevent the train from being derailed.

The whole journey took three days to complete. In Bratislava, volunteers from the Veterán Railway Club Poprad will repair the tram so that it can later return to the Tatra region.

The Minorite monastery, a special monument, has been renovated and will be accessible to the public. The monastery is located on the northern side of Levoča. It is one of the most maintained gothic monastic buildings in Slovakia and represents central European mendicant architecture. 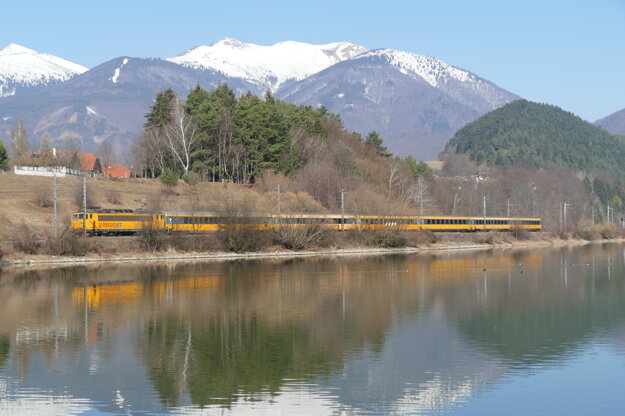 A train passes along the Krpeľany water dam, surrounded by the Malá Fatra and Veľká Fatra national parks, in the north of Slovakia on March 9, 2021. (Source: TASR)

The former residence of the Drugeth dynasty, located in Humenné, eastern Slovakia, is a national monument that houses the Vihorlat Museum. The manor house enters the last stage of its renovation this year.

At the Great Moravian fortified settlement Neštich, hiding in the woods above the town of Svätý Jur, near Pezinok, a collection of jewellery was discovered in 2020 by the Malokarpatské múzeum researchers and excavators.

The museum, whose research in the area is supported by the Slovak Arts Council and the Bratislava Self-Governing Region, has now made pictures of these valuable findings available.

“Some of the jewellery found was surely made by local jewellers in the workshop we have discovered,” the museum wrote on Facebook. 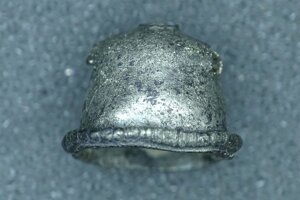 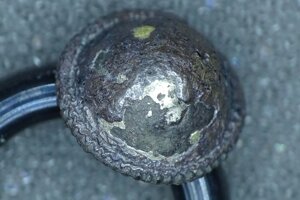 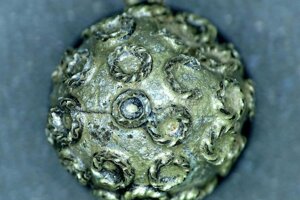 The discovered Great Moravian jewelleries include filigree silver and silvered button-shaped pendants and a damaged copper ring. Many other objects, including tools and weapons, were dug out here in the past. In 2017, a precious ninth-century coin from the Arabic area of Abbasid Caliphate was dug out at the Neštich hillfort, which was founded in the early 9th century.

Germanic tribes, Celts, and later Slavs, all lived in the area. Hillforts, serving as political and administrative centres in addition to their defensive function, played an irreplaceable role in the history of the Great Moravian Empire.

“The club has shown great interest in my services,” said one of the best Slovak players and the former S.S.C. Napoli big name, who had also received an offer from the club of his early career, Slovan Bratislava. 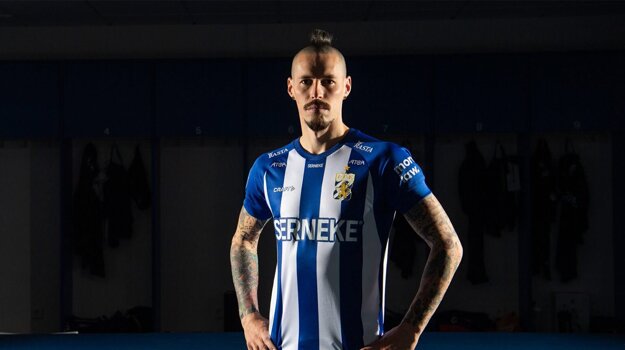 Flocks of football fans welcomed Hamšík at a Swedish airport earlier this week, although he will play for the club on a short-term contract only, until August 30, upon his own request. The footballer has not ruled out staying in Göteborg after this date but given his high profile, this scenario is unlikely. In addition, the former Napoli captain will earn €10,000 a month, as reported by the Aftonbladet daily, which is considerably less compared to his previous contracts.

The Swedish league kicks off in early April, and the question of how Hamšík can help the club that won its last trophy more than a decade ago has been raised.

“I don’t know much about Swedish football, but I must adapt very quickly and do my best to help the club,” the Slovak footballer, who has not played football for several months, said.

Despite his determination, Göteborg may need more than 150 days with Hamšík to witness long-lasting success. However, time spent in Sweden will no doubt be good for the footballer himself, where he can get “back into shape” ahead of the summer 2020 European Football Championship. Sweden and Slovakia will play against each other in mid-June at Dublin’s Aviva Stadium.

“I believe with this decision, Marek has taken a key step to get as ready as possible for a March squad meeting,” the Slovak national football team coach Štefan Tarkovič said.

Euro 2020 takes place in June, but many Swedes are in high hopes that Hamšík will help their Swedish club become great again. The Swedish former footballer Anders Svensson has, nevertheless, shared his scepticism. Hamšík will make the Swedish league and the club more popular, he says, but the footballer will not be an asset for the club in the long run.

“I think he is a very, very good player. I am sceptical of short-term solutions,” he told the Aftonbladet daily, adding Hamšík will care more about his needs rather than the needs of IFK Göteborg.

Slovak dog with Elvis-style quiff hits it big on Instagram

No hunter dog but a fashion dog star on social media. A sweet two-year-old Yorkshire terrier from Bratislava, named Teddy, has got Instagram cracked.

Thanks to his adorable face and dozens of fashionable outfits, he has managed to convince more than 17,000 Instagramers to follow him. However, it is his hairdos that attract the most attention. 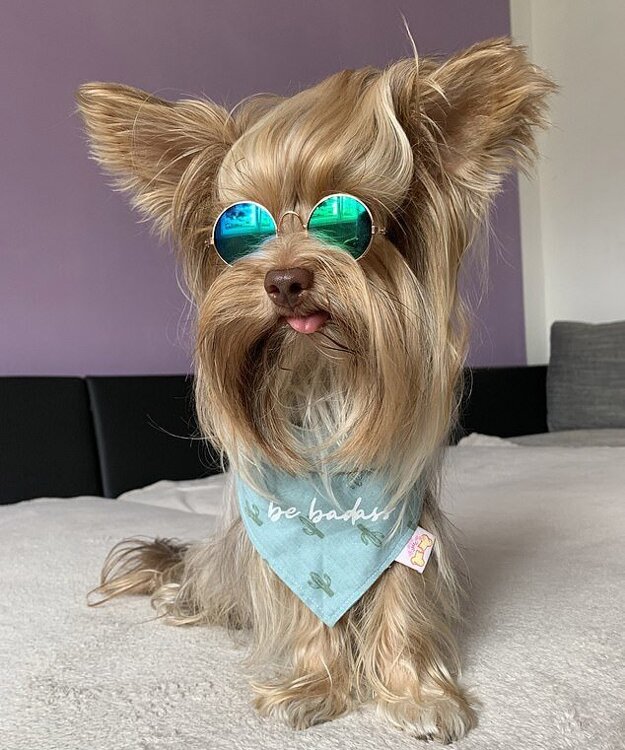 “It usually takes me less than a few seconds to style him up, his hair does the job by itself,” said his owner Adriana Kollárová to the Daily Mail newspaper, noting that he gets compared to Elvis Presley now and then.

The US magazine People has also noticed the dog sensation from Slovakia.

Kollárová adopted the Yorkshire terrier, which resembles a little lion due to his hair, when he was a puppy and required stomach surgery. Today, he strikes poses for the camera and different global brands with great pleasure.

“Normally he is very energetic but in front of the camera he is very well behaved and can remain in the same position without moving for a few minutes,” the owner said. “He can also tilt his head and pose on command.” 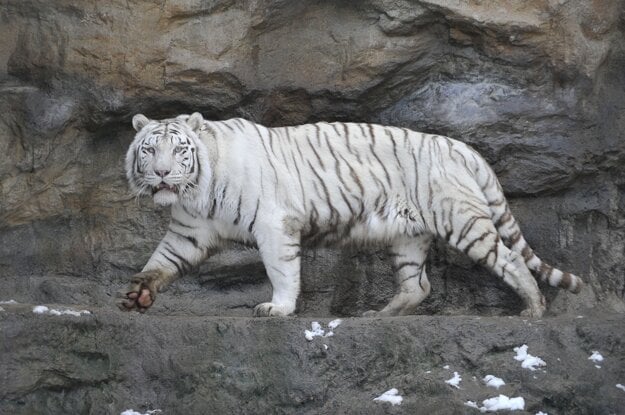 The white tiger Achilles, who arrived at Bratislava Zoo from the Czech town of Liberec in 2006 and joined his partner Shilang from France, has died. The tiger, who loved swimming in his lake and playing with water coming out of a hose, would have turned 19 in May. (Source: TASR)

Extremism, nationalism and xenophobia are the issues that Slovak documentary maker Tomáš Rafa has been capturing with his camera for over a decade. He believes his work can have great social impact. His latest work and first full-length documentary, Refugees Are Welcome Here, shows how Europe has failed to help refugees.

Have you listened to a female composer?

As promised, here is a fragment of the 1996 Ad Parnassum orchestral work by Iris Szeghy that you can listen to. She is considered the first professional female Slovak composer.

Born into a Hungarian family in 1956 in Prešov, Szeghy studied in Košice and Bratislava before she decided to travel the world. She is based in Switzerland today.

The freelance composer has written a number of orchestral, chamber and choral music works, in which she tries to bring the old and the new together. Nevertheless, since relocating to Switzerland, she has been writing only upon request.

“But I only accept those requests that touch me on the inside, and I have the freedom to choose a topic,” she said. “Otherwise, I probably would not be able to write anything.”

That is it for this week. Thank you for reading the Spectacular Slovakia roundup. Have a restful weekend. I will see you next Friday.