Find allegories of Faith, Hope, Love and Holy Script in the Church of the Clarisses

The adjacent convent became the seat of a legal academy and a Catholic school. 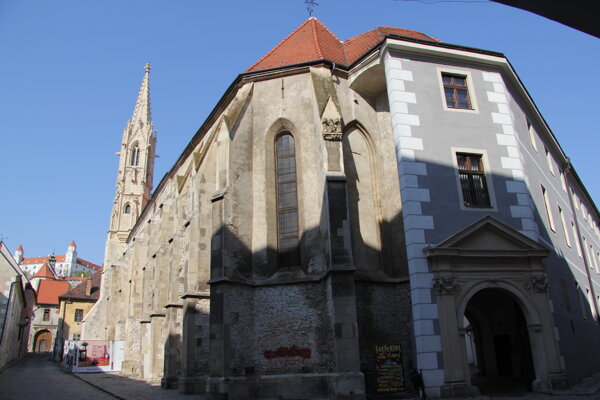 The Church of the Clarisses (Kostol Klarisiek) is a former Catholic church that has become one of Bratislava’s most important gothic monuments. The Clarisses – also known as the Order of Poor Clares – came to Bratislava in 1297 and built a church and a convent with the support of King Andrew III on the site of a Cistercian monastery.

The mendicant orders, which include the Franciscans (male) and Clarisses (female), were not allowed to construct towers on their buildings, so the pentagonal tower, which is a rarity among gothic structures, was added around 1400.

The single-nave church was rebuilt in the rococo style in 1760, and included altars designed by František Anton Palko, dedicated to the Annunciation and to St Claire. They remain in the church today, as well as the original rococo-style pulpit, with allegories of Faith, Hope, Love and Holy Script, designed by Jozef Sartory.

In 1782, the Order of Poor Clares was dissolved, and the convent became the seat of a legal academy and a Catholic school. The composers Béla Bartók and Ernest Dohnány, as well as scientist Jozef Murgaš and poet Ján Hollý, studied there. It is currently used as a concert and exhibition hall, while the adjacent convent is used by the university library.

During reconstruction of the convent in the first decade of the 21st century, a metal box with a document from the 19th century, describing the previous past renovations and repairs of the church, was found in the top of the spire. 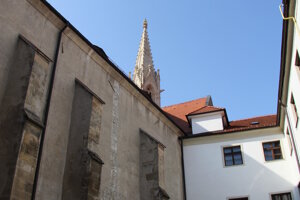 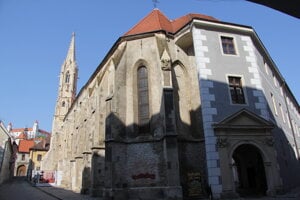 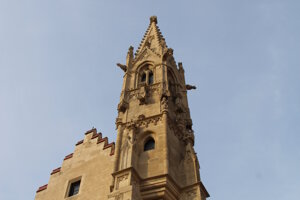 Church of the Clarisses (4 photos)

The church is open for performances.

Admission varies depending on the performance.