OĽaNO says replacing Matovič is no go. Partners would not mind the finance minister

Eduard Heger could play the role Peter Pellegrini did when he replaced Robert Fico. 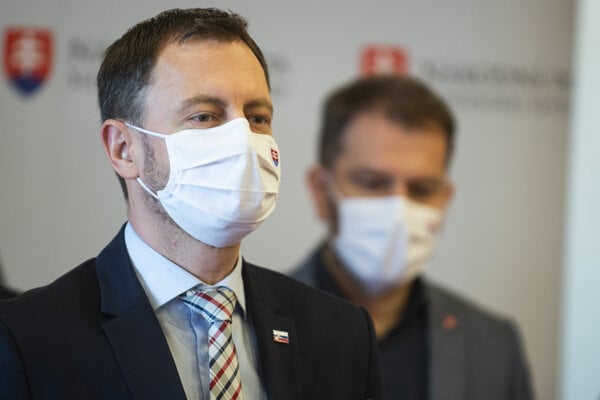 Eduard Heger (OĽaNO), the current finance minister and as of recently the acting health minister, may replace PM Igor Matovič in the top governmental post.

Freedom and Solidarity (SaS) leader Richard Sulík has openly spoken of Heger as an option. Coalition partner Za Ľudí and Sme Rodina are not against it either.

Heger may play the role Peter Pellegrini did three years ago, taking over as prime minister after Robert Fico so as to keep the Smer, SNS and Most-Híd coalition afloat. 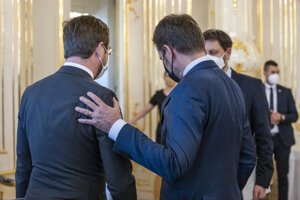 SaS and Za Ľudí called on Matovič on Monday to step down as prime minister and for his OĽaNO party to find a replacement. They have conditioned their further stay in the coalition with this demand.

SaS is willing to sacrifice the economy minister, its leader Richard Sulík, in exchange for the departure of Matovič. Sulík would resign as minister and deputy PM. Za Ľudí Chair Veronika Remišová is willing to surrender her ministerial and deputy PM post as well. The Sme Rodina chairman is not a government member (Boris Kollár serves as parliament speaker), but the party's nominee Milan Krajniak resigned as labour minister on Monday and he will take up a parliamentary seat.

"I understand my resignation as a step to the fastest possible end of the crisis, and [a sign] that Sme Rodina is willing to give up on things," Krajniak stated. Sme Rodina is the only party not demanding the resignation of the prime minister.

OĽaNO considers the resignation of their health minister, Marek Krajčí, as sufficient for meeting the government reshuffling demands of SaS and Za Ľudí.

"No other party besides Sme Rodina has so far participated in self-reflection," the party wrote in their statement. "Our movement has repeatedly declared that it is against early election."

Heger could be an acceptable replacement