A good friend of The Slovak Spectator passed away on Sunday. 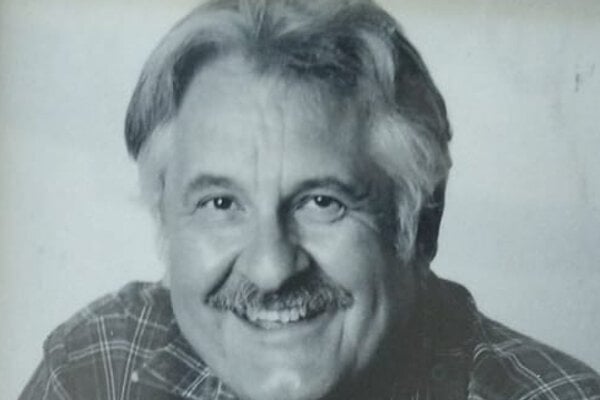 Russel Lunday, who died in Santa Monica, California, on March 14, 2021, was a valued colleague and friend to many of us at The Slovak Spectator. He spent numerous summers from the mid 2000s volunteering his time and editing skills at the newspaper.

Russel brought a wealth of experience from a long and eventful life, into which he packed several careers.

Born in Billings, Montana, in January 1939 to a family with Scottish-Irish and Norwegian roots, he grew up in what was then a small town before winning a place at Northwestern University near Chicago, where he studied theatre.

After college, he was drafted into the navy and served on a cruiser, the USS Gridley, in the US Pacific Fleet, visiting Hong Kong, Australia and Southeast Asia.

With his military service completed, he returned to the Chicago area, where among other things he worked as a newspaper reporter and broadcaster, and developed a love of writing.

An accomplished actor, Russel enjoyed success in a range of genres. He appeared in several feature films, including a speaking part in the 1996 Tom Cruise blockbuster ‘Jerry Maguire’; and on Broadway, most notably as Shamrayev in a successful production of Chekhov’s ‘The Seagull’, in which he performed alongside Ethan Hawke, Laura Linney and Jon Voight. He was also a regular on major TV series, appearing in hits as varied as ‘Quantum Leap’, ‘Freddie’s Nightmares’ and ‘Falcon Crest’.

Based in California from 1973, he worked in a variety of jobs in addition to acting. Among these were periods as a TV sports producer, a longshoreman and, latterly, as a public school teacher, including several years educating housebound special-needs students in South Los Angeles.

An adventurous soul, in 1990 Russel visited Europe and, based on a friend’s recommendation, decided to drive from Paris to Bratislava. There he met his future wife, Eva, an English-language translator and editor. After a long-distance courtship, they married in August 2000. Russel never failed to relate the joy that his marriage to Eva brought him.

Although based in California, Russel and Eva visited Bratislava regularly. It was during these summer visits that Russel offered his time, insights and consistent good humour to the team at The Slovak Spectator.

A voracious reader, he acquired a fascination with central European history as he wrestled with the sometimes confusing quirks of Slovak politics, business and cultural news. He was the source of many lively, thought-provoking and enjoyable conversations in the editorial office of The Slovak Spectator.

Russ, we will miss you.

In Russel's memory, The Slovak Spectator has made a donation to Centrum MEMORY, a Slovak charity that helps people with Alzheimer's disease. If you knew Russel and would like to honour his memory, you can join us and donate here.