Some MPs still have doubts about the investigation. 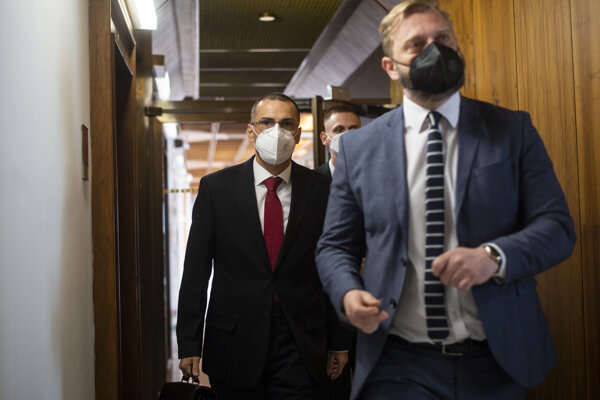 General Prosecutor Maroš Žilinka had to explain to MPs the investigation in the case of the abduction of a Vietnamese citizen, Trinh Xuan Thanh, who was transported also via Slovakia and onboard a Slovak government plane in the summer of 2017.

The General Prosecutor's Office recently announced that the decisions of law enforcement bodies on refuting criminal motions in the matter were lawful.

Žilinka was invited to a non-scheduled, closed session of the parliamentary defence and security committee. Its chair Juraj Krúpa and deputy parliament's speaker Gábor Grendel (both OĽaNO) said that despite Žilinka’s attempt to clarify all circumstances, they still have some questions.

The general prosecutor left right after the session, without answering any questions of journalists.

The general prosecutor attempted to answer questions about the flight, a potential stay of the abducted person in Slovakia, the meeting with former interior minister Robert Kaliňák (smer), and the Vietnamese delegation. But more questions were raised, Krúpa noted.