Slovak skier close to winning a Large Crystal Globe, only tragedy will stop her

The weather was in her favour. 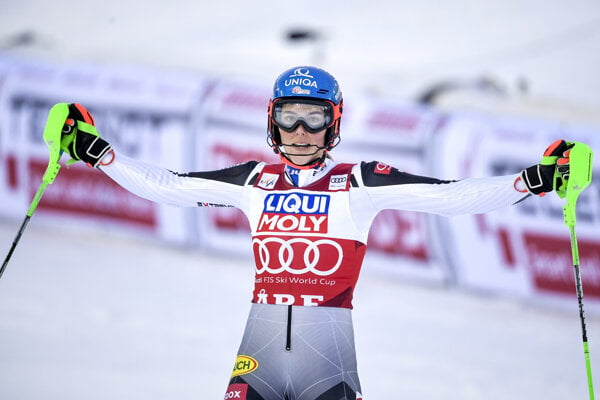 Slovak skier Petra Vlhová is on course to win a Large Crystal Globe in downhill skiing.

After two speed disciplines were cancelled in the finale of the World Cup in Lenzerheid, there will be only two individual races – the slalom and grand slalom, sports website Sportnet reported.

Vlhová is ahead of Lara Gut-Behrami from Switzerland by 96 points. Victory in the race is worth 100 points.

“I will not start the slalom on Saturday,” admitted Gut-Behrami for Swiss website skiactu.ch.

Only a sporting tragedy will cause her to lose

Vlhová will only miss out on her Crystal Globe if over two races she gains no points and the Swiss win the giant slalom.

“If they also cancel the super-G, then the battle for the Large Crystal Globe will be done,” said Czech ski expert Eva Kurfürstová for Sportnet. “A mathematical option does remain but it would take some sort of sporting tragedy for Vlhová not to win it.” 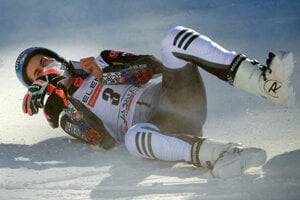 Vlhová announced her intention to win the trophy before the season started and she worked hard on her physical and mental preparedness. She is the only skier who has participated in all the races in the World Cup this year.

“Lara has improved so much that if Petra wanted to compete for the Large Globe, she could not skip any races,” Kurfürstová opined for Sportsnet.

“She is showing perfect physical preparedness and psychical resistance,” she added.

Skiing is not fair

Vlhová has gotten this close to the trophy thanks also to the circumstances in Lenzerheid where the organisers have had to cancel the downhill and the super-G due to the weather.

In the speed disciplines Gut-Behrami was not only the favourite, but she had a chance to erase Vlhová’s margin and even surpass her. 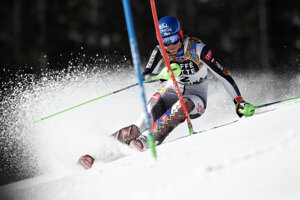 “From a sports point of view, the finale of the World Cup has been affected by cancelled competitions,” Kurfürstová claimed. “It is not the first time, nor will it be the last.”

The Swiss team were outraged after the cancellations in Lenzerheid and protested strongly against the rule that does not allow the competition to be shifted to another day.

“Skiing is not a fair sport in this way, especially when the weather is in the game,” Kurfürstová said. “And Vlhová gained the points she has with her performance.”