Registration of cars should become easier. 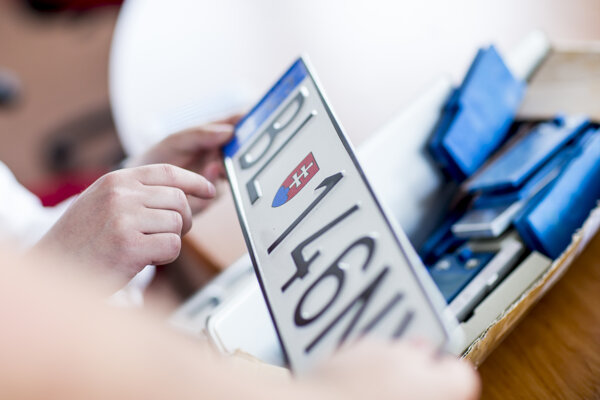 Parliament has approved an amendment to the traffic code that should implement “portability” of the registration number of a vehicle from its previous owner to its purchaser.

At the same time, there will be a new format of the registration number that will no longer carry the abbreviated notation of the district, the Sme daily reported.

The aim of the proposal is to cancel the two-step announcement of transfer of a vehicle to another person.

It means that complete transfer of the ownership of the vehicle to the buyer together with the issuance of a new certificate of evidence part II can be done at any traffic inspectorate across Slovakia.

The newly-approved traffic act is intended to limit the waste of registration numbers which are running very short.

After registration numbers that begin with the abbreviation of the districts run out, the traffic inspectorate will start to issue a new type of registration number. They will have the format AA 001 AA, and the letters will change in alphabetical order. Vehicles will lose visible affiliation to a district.

The transfer of the registration number will be available from March 2022, when the amendment will come into force.