Banská Bystrica will be launching a plan for sustainable mobility

Specialists from Žilina University putting together the plan and allowing locals to contribute to logo design. 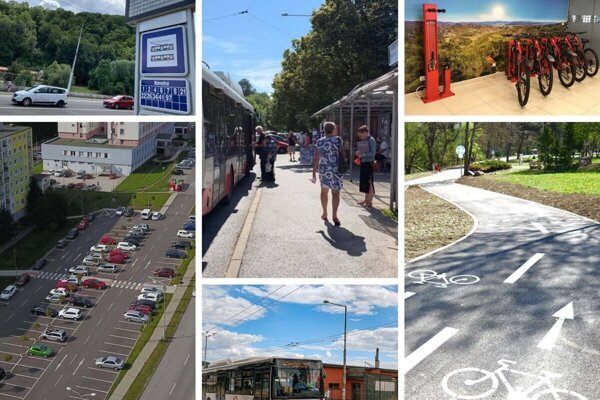 Banská Bystrica may soon have a new sustainable mobility plan, whose aim is to establish a sustainable commuting system and improve the various types of public transportation for both locals and visitors.

The city will cooperate with specialists from Žilina University, who will be working on the plan for the next two years. The project is expected to be used in 16 neighbouring municipalities, said Zdenka Marhefková, spokesperson of Banská Bystrica, as reported by the MY Bystrica regional newspaper.

The project is divided into several stages: the analysis of the current status, the proposal of activities and the evaluation of the effects these activities may have on the environment. The project should result in creating an effective and sustainable transportation system, resolving the lack of parking lots, especially in residential areas, improving transportation flow, decreasing accident rates, and improving the quality of public spaces, its organisers expect.

Public to be involved

If the situation allows, the Žilina University specialists would like to hold workshops and meetings, which would allow the public to voice their own opinions and observations. The relevant requests they make will be included in the strategic document, MY Bystrica reported.

"I believe that the specialists from the university will also be able to create a well-structured document with the help of the public," said Ján Nosko, the mayor of Banská Bystrica, as quoted by MY Bystrica. "Hopefully this document and its application to a real scenario will benefit the public and the environment."

The public can already help the project by voting for three words that would best describe the city they would like to see in the future. The voting is being held on the city's Facebook page. Based on the results, the specialists will put together a logo to represent the project.