Tourists will also be allowed to use it and enjoy a bus ride like in the movies. 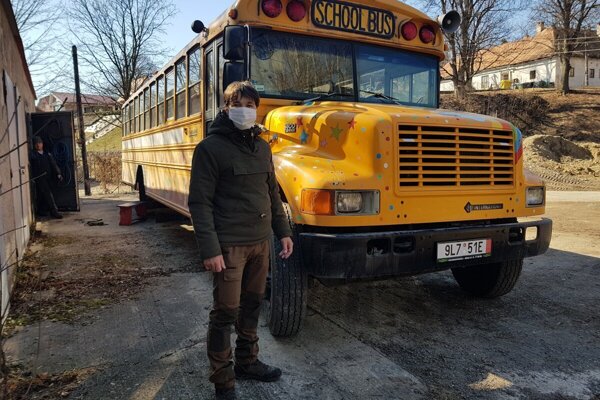 The Maximilian Hell Middle School is the first school in the world to teach falconry. Now, it is introducing a new mode of transportation, a classic yellow American school bus.

The bus was made in 1997 in the city of Detroit, but it was purchased in the Czech Republic, said school principal Pavel Michal, as reported by the MY Žiar regional newspaper.

The reason for the purchase was that pupils often commute to school by bus.

"We are cooperating with SAD Zvolen, a regional transport provider, that offers to drive kids from 5th to 9th grade," said Michal, as quoted by MY Žiar.

The school also wanted to introduce something new and original. The bus was made for the purpose of driving kids so it is equipped with what is needed and easy to operate.

The bus has several safety mechanisms, such as signaling when the door is open so the driver who is in front and behind the bus knows when kids are stepping in and out of the bus. It is also very easy to spot, MY Žiar reported.

For tourist use too

During the summer season, the bus can be used by tourists travelling from Banská Štiavnica to Štiavnické Bane and Počúvadlo, as it is often difficult to find a parking spot in the area, Michal continued.

The bus cost €25,000 and is awaiting some maintenance. A paint job and some electrical work are already underway. The registration of the vehicle is being processed and has already gone through originality and technical check-ups, MY Žiar reported.

Michal also mentioned that delivery was not complicated because the bus was brought to the Czech border.

"The kids were very excited when we drove them around," he added for the newspaper. "It will be a nice gift to them when they return to school."