Košice State Theatre was designed by one of the most talented architects of the 19th century, Adolf Lang. 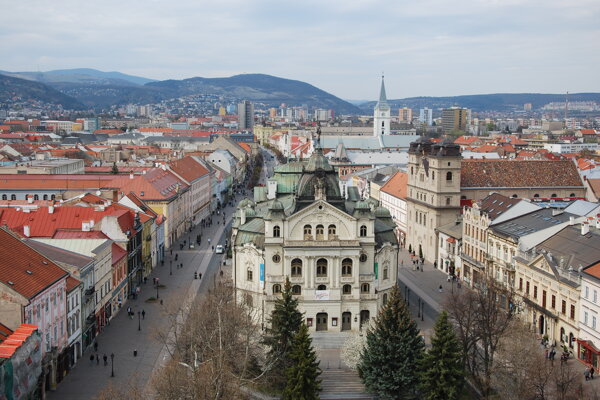 Walking from the north end of Košice’s Hlavná ulica, the first large building set in the centre of the pedestrian mall is the State Theatre. The current opera house replaced an earlier theatre structure (there has been an active theatre on this site since 1755) and opened its doors in 1896.

The building is an eclectic style with elements of neo-baroque and secession. It was designed by the architect Adolf Lang, one of the most talented European architects of the 19th century. While the exterior is imposing, dominating the centre of the square, the recently renovated interior is a classic European opera/ballet house.

The stunning recreated chandelier (identical to the original) hangs above the lyre-shaped stage and four balcony galleries with facings trimmed in gilded plaster. It illuminates a ceiling painted with scenes from four of Shakespeare’s plays. The front-of-house features two original marble staircases sweeping on either side of the elegant lobby.

The Košice State Theatre also performs plays in the nearby art deco building Malá Scéna, reopened in 2013 (Hlavná 76). Much smaller than the opera theatre, the small stage and auditorium offer an intimate theatrical experience. 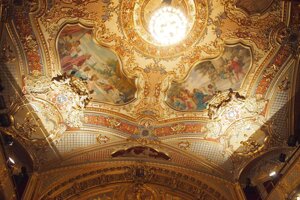 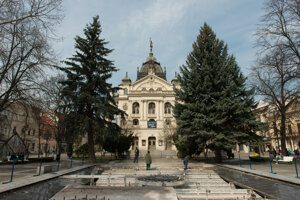 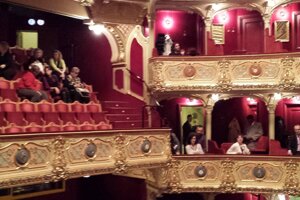 The theatre is open from September until June for scheduled performances.

Admission begins at 2€.
For more pricing options see the website of the Košice State Theatre 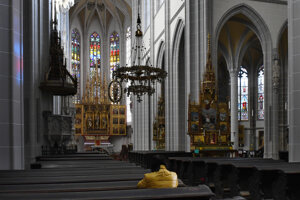