How Slovak kids used to learn English from TV 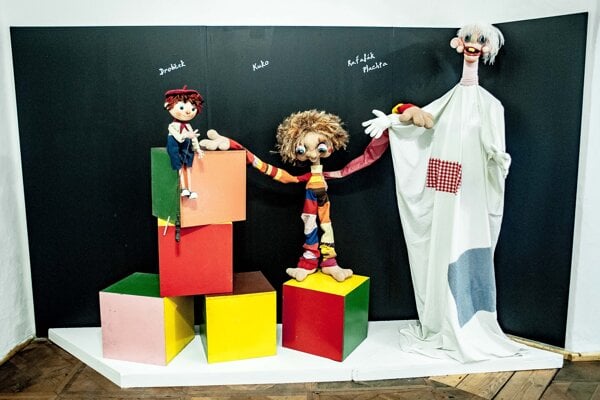 Drobček (left), Kuko (centre), and Raťafák Plachta (right) belong to some of the most popular Slovak TV puppets of the old days. (Source: TASR)
Font size:A-|A+7

Hello from The Slovak Spectator!

At the weekend, the world will celebrate the art of puppetry, which is why we are going to introduce some of the best-known Slovak puppets to you in the roundup.

We will also speak about heavy drinking among Slovaks and provide you with a short story courtesy of Slovak author Michal Hvorecký written a year ago, when the pandemic hit the globe.

First, let’s look at what St Patrick’s Day looked like on March 17 in Slovakia, and do not forget to watch the video of 500 drones lighting up Dublin skies on this occasion, sending out a message of love and hope to all people. 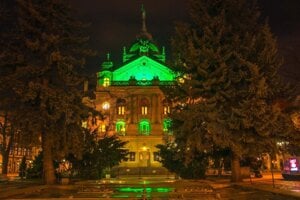 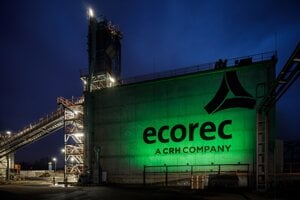 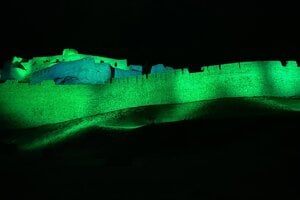 Insects in Košice, or at least in the city’s City Park and Zuzka’s Park, have been provided with the first two shelters. Košice pledges to add more insect hotels around other parts of the city later.

“We expect certain species of insects will choose to prefer insect houses and will not seek shelter in such numbers in nearby human dwellings,” Peter Sasák of the Košice’s Urban Greenery Administration said.

The hotels are placed in open spaces, away from sidewalks and apartment buildings. In this way, the city wants to limit the disturbance of insects by the frequent movement of people and also provide free space for flying insects to move around the shelters. 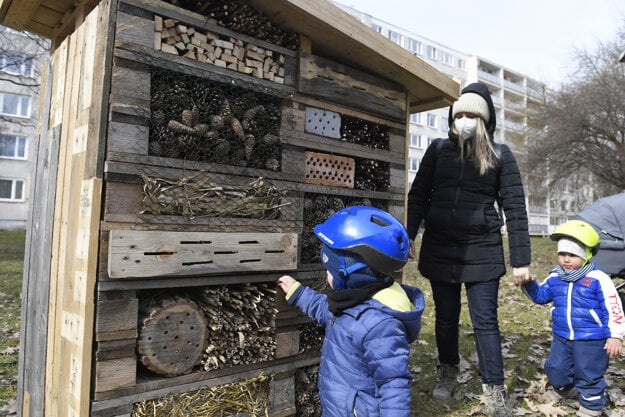 Insect hotels are made of waste material. There is gravel and rock gardens on the roof. (Source: TASR)

“We also want the insects to have enough food in the area,” Sasák said, adding that they hope, in addition to insects, they will be able to attract other visitors as well, including frogs, lizards and hedgehogs.

During the spring, the city plans to produce and install another such insect hotel in the Anička locality in the PKO park to help biodiversity in Košice.

Gabriela and Valéria climb a hill in the Strážov Mountains, which have no coherent ridge. Join them in their endeavour to conquer Vápeč, where you come across only a few tourists. 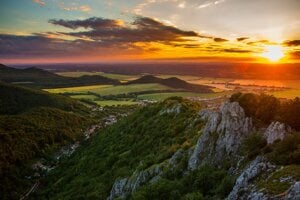 The Bratislava gallery on 17 Nedbalova Street looks ancient from the outside. Yet, when you enter, you will realise it resembles the famous Guggenheim Museum in NYC. But only in Nedbalka can you see works by Mikuláš Galanda and Ladislav Medňanský. 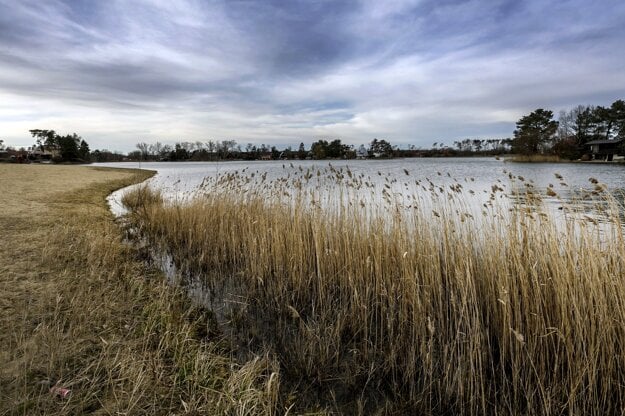 Rudava, a lake and a recreational area, is located near Malé Leváre in the district of Malacky, western Slovakia. You can find three beaches in this popular summer location. (Source: TASR)

What has Košice to offer?

Well, you may have heard of the St Elisabeth Cathedral. A stream runs down the middle of the centre, and many artisan shops, cafes, and other tourist sites, including parks and fountains can also be found here. 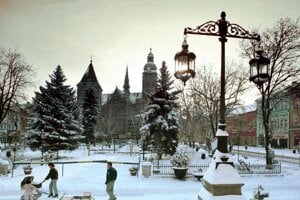 Listen to the podcastForeigners: Slovakia’s city of tolerance has a lot to offer Read more

Funds to flow into renovation of Beckov Castle

The castle in western Slovakia will undergo reconstruction, after receiving nearly €810,000 from the EU and Norway. Money will be spent on the renovation of its western palace, which was once the most magnificent part of the castle.

Unaware of dangers of heavy drinking, some Slovaks booze themselves to death

For two decades, medical examiner Ľubomír Straka of the Institute of Forensic Medicine and Medical Expertise at the Jessenius Faculty of Medicine at Comenius University and University Hospital in Martin has studied how alcohol affects mortality in the Žilina and Trenčín Regions.

“As medical examiners perform autopsies especially in cases of premature or violent death, the finding that one in six such people has an alcohol concentration of more than two per mille in their blood is very sad and presents clear evidence of an interrelationship between excessive alcohol consumption and premature mortality.”

Slovaks have no idea what alcohol does to their bodies, Straka says in an interview.

Despite worrying findings, he is a realist, saying that it is impossible to take alcohol away from Slovaks. They could at least try to swap their binge drinking for something more cultivated, the expert opined.

“I do not see anything wrong with drinking a glass of light beer or quality wine once a week at an event. The problem is sudden alcoholic excess.” 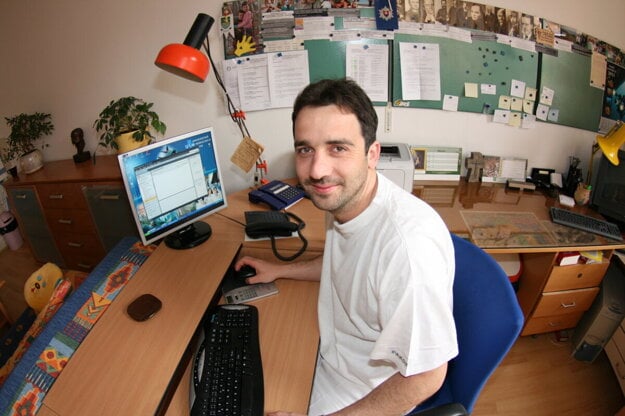 The problem is not beer or wine in the case of Slovaks, though. They enjoy drinking spirits, or pálenka in Slovak, although it is very risky, Straka notes, because even a small volume contains a high amount of ethanol.

And why do people drink? In the expert’s view, this desire to modify one’s mental state is as old as humanity, and even animals get drunk.

“It is common to see elephants and giraffes, if they find a pit with sugar fruits, eat the fermented fruit until they get drunk.”

To read the long-piece interview in full, with even more absorbing information, click here.

A year ago, in mid-March, Slovak writer Michal Hvorecký published a short story titled Intimate Distance, in which a girl reflects on the long years of a pandemic, life and love in the world of a new normal. The story was translated by Julia and Peter Sherwood. Here is an excerpt for you to read:

Stay at home, I repeat, stay at home, maintain Intimate Distance. First, a metre and a half, then two metres, eventually three or more. For years now I’d been hearing almost nothing else. I could bear it no longer.

I slipped into my orange-coloured hazmat suit and left the house, rustling gently as I moved. The material was meant to serve as an effective barrier against a broad range of viruses, its seams, welded by ultrasound, providing impermeable protection. I donned a silicone face mask. The perfect attire for my first real-life tinder date. 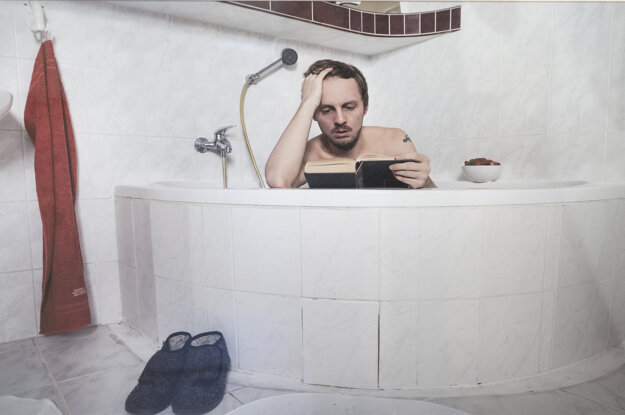 So much time had passed since we last saw each other live that it felt as if it had been in another life. We first met at a bricks-and-mortar school and the mutual attraction has still not faded. A fourteen-day pandemic break turned into an endless vacation. We never met in a classroom again. The only way we could see our teachers was on screen. Tuition, clubs, hobbies, mass – everything from home, online, digitally. I studied geometry, geography and German on the computer, and it was online that I was initiated into the secrets of virology, our new compulsory subject.

Online, we got to know each other better by baiduing, lenovoing, huaweiing, xiaomiing and, those of us who could afford it, by elonmusking. We were out of even virtual contact for months, when the pandemic caused power outages, … (continue reading)

The story is a part of the author’s 2020 collection of short novels called The Black Lion.

Muslims not treated equal to Christians and Jews in Slovakia

Slovakia is the only EU country without a mosque and Islam is not an officially recognised religion. The Muslim community in Slovakia also lacks its own cemetery. Islamophobia, in fact, remains a problem in the country, but Mohamad Safwan Hasna, founder of the Islamic Foundation in Slovakia, believes things will one day change for the better.

Campaign that aims to bring Muslims and non-Muslims together

A series of flashy posters calls on people to say no to Islamophobia and invites them to learn what non-Muslims and Muslims share, instead of looking for differences. Islamophobia is not a new construct, but it has grown stronger after 9/11 and the 2015 migration crisis. In Slovakia, the central European campaign is run by the civic association Mareena.

A series of colourful posters aims to bring Muslims and non-Muslims closer together. (Source: Mareena)

Endless topic for books: the daily life of a city

Bookstores will experience a spectacular return after the pandemic, says Albert Marenčin Jr. of the family publishing house Marenčin PT. The firm has been around for almost 30 years, and its biggest success so far is the apparently endless Bratislava-Pressburg book series. “That edition gained popularity by discovering unknown or little-known and often ‘blank’ places in the city’s history,” he notes in an interview.

Did you know that Ján Stražan was the first professional Slovak puppeteer? Ahead of World Puppetry Day, celebrated March 21, here are a few more facts about this form of theatre in the country.

In 2016, puppetry in Slovakia and Czechia was inscribed on the UNESCO Representative List of the Intangible Cultural Heritage of Humanity.

But the first professional puppetry theatre was founded much earlier – in 1950 in the town of Žilina. Nitra, Bratislava, Banská Bystrica, Košice and Prešov then followed the example. All these puppetry theatres have enriched culture in their towns and brought joy to children. 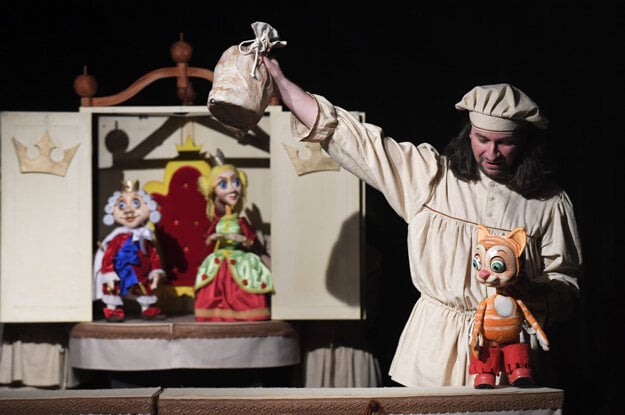 However, it is the puppets appearing on TV screens from the ’70s to ’90s that people still remember. Drobček was a popular puppet that featured on the Matelko TV programme with a now legendary signature tune. Other TV puppets, which found fame in the past, were Kuko, Raťafák Plachta, as well as Maximilián the Snail.

But we are going to leave you this time with the 1990 puppet named Harvepíno, which used to teach children and young people English and German through TV. Get yourself a cup of onion tea and prepare yourself for the Don’t Shed Crocodile Tears/Lambada English-Slovak song.

Additionally, if you love puppets, set out on a trip to Modrý Kameň Castle, in the south of central Slovakia, where the museum of puppetry and toys is housed.

That is it for this week, but I will be back next Friday. See you later, alligator.

Volunteering persists in Slovakia, despite the challenges of pandemic