The first can be found in the garden of the Waterworks Museum. 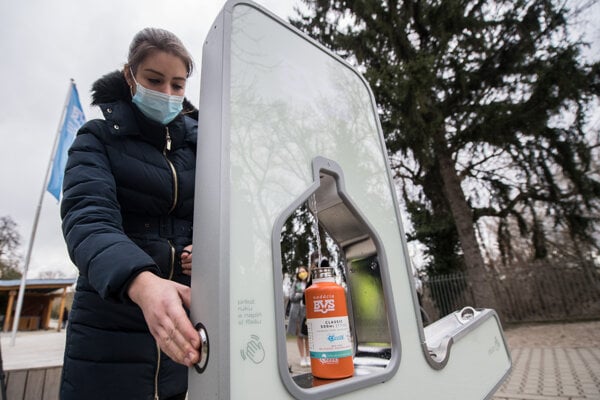 The first contactless drinking fountain in Bratislava is in the garden of the Waterworks Museum. (Source: TASR)
Font size:A-|A+265

On Monday, March 22, on the occasion of World Water Day, the Bratislava Water Company (BVS) presented a new model of drinking fountain. It is contactless and people can conveniently pour water into their own bottles. This model is used abroad and BVS hopes this will contribute to the reduction of plastic waste littering the countryside.

BVS has installed the first contactless drinking fountain in the garden of the Waterworks Museum in Bratislava’s Karlova Ves borough as part of a pilot project. During this year BVS will evaluate its operation and look for partners in cities and municipalities, but also private companies that would be interested in the installation of such fountains in public places. From next year, these fountains will be in use throughout the region where BVS operates.

“The drinking fountain is extremely safe; it works on the basis of contactless technology, which is especially important in these times,” said Peter Podstupka, BVS spokesperson, as cited by TASR.

Thank you for singing up. Shortly an email will be sent to the address you provided to verify your e-mail.
Error! Please try to register again later, your e-mail was not registered.
Your email is not in a correct format.
Please confirm you are not a robot.
Share on Facebook (265)Comments disabled