The incumbent finance minister met with President Čaputová on March 29. 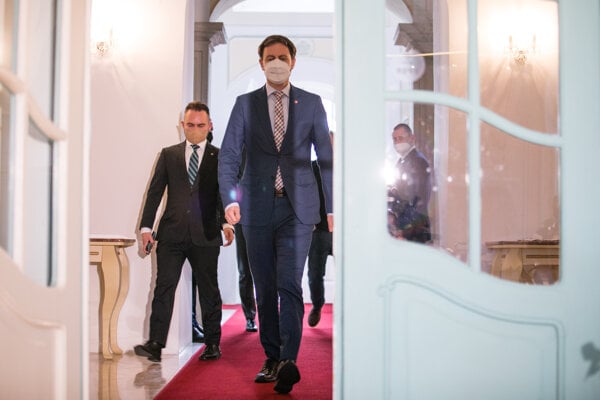 It seems that the coalition crisis will be resolved soon.

After the representatives of three coalition parties announced on the evening of March 28 that PM Igor Matovič will propose swapping posts with Finance Minister Eduard Heger (both OĽaNO), the latter visited all four deputy caucuses that have promised him support for his new cabinet. 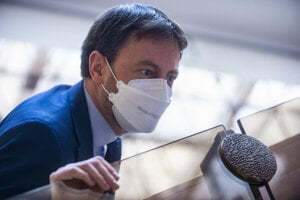 He then met with President Zuzana Čaputová on the afternoon of March 29 and agreed that Matovič will officially hand in his resignation a day later, probably in the morning.

Subsequently, the president will assign Heger to form a new cabinet.

Heger did not present any list of new cabinet members, claiming that he first wanted to show it to the president.

Several media reports have suggested that most ministers who have resigned in the past few weeks will return to their posts. This includes SaS ministers Richard Sulík (economy minister), Branislav Gröhling (education minister) and Ivan Korčok (foreign affairs minister), as well as Mária Kolíková of Za Ľudí (justice minister).

It is probable that Milan Krajniak of Sme Rodina will not be returning to the labour minister seat. 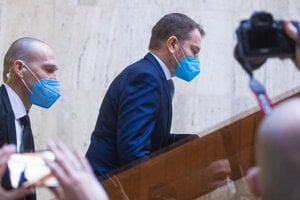 Meanwhile, Heger is expected to introduce a new health minister. The Denník N daily suggested that the post could be taken by Vladimír Lengvarský, current director of the Central Military Hospital in Ružomberok (Žilina Region).

Čaputová does not have to accept all the nominations. She needs to give a proper explanation if she decides to reject any candidate.