Slovakia ranked among the best for sustainable travel

Easter with Bulgarian food and a Slovak orchestra on BBC Radio 3. 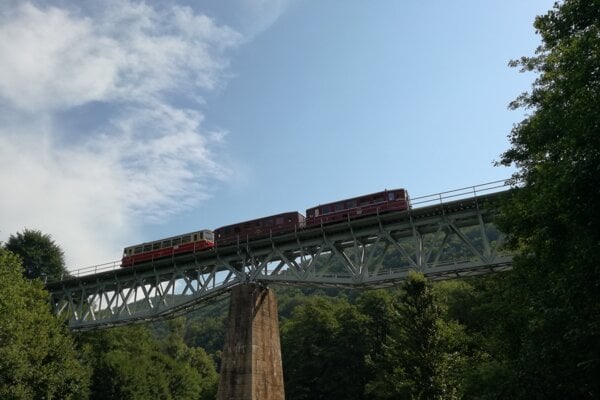 The Mining Express train passes through a viaduct on the line between Hronská Dúbrava and Banská Štiavnica on July 11, 2020. (Source: TASR)
Font size:A-|A+47

This week, we are bringing to your attention a Slovak study on why space objects are a new skyglow threat, which has been published in the Science magazine.

As it is Easter, you will find in the roundup photos of giant Easter eggs, and we will also rewatch one of the Cooking with Ambassadors episodes from 2014 to learn more about the Easter cuisine of Bulgaria.

There is much more as you scroll down, but first, get inspired by Čumil, below, wearing a blue scarf on April 2, 2014, to mark World Autism Awareness Day. Wear something blue today! 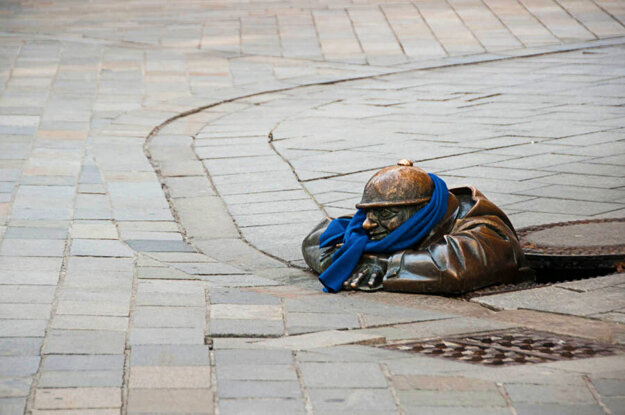 April 2 is the day when the globe marks World Autism Awareness Day, and blue is the colour to show support. Several sights, including Budatín Castle and Bojnice Castle, Andrej Bagar Theatre in Nitra, and some town halls around Slovakia will light up in blue in 2021. (Source: Facebook/Rozsvieť modrú)

Slovakia and sustainable travel go together

Among bleak coronavirus-affected prospects for Slovak tourism heard in the past months, there is one piece of good news: Slovakia came sixth in the Sustainable Travel Index Rankings 2020, outrunning more than 90 countries.

“Slovakia has made the most progress in creating value for local communities through sustainable tourism demand, striking the right balance with international and domestic tourism spending,” EI’s Head of Travel Research Caroline Bremner told The Slovak Spectator.

Although Slovakia fares well in the overall index, social sustainability and sustainable transport pillar rankings, and has recorded one of the best improvements in sustainable lodging, the country has indeed worsened in six out of seven pillars. 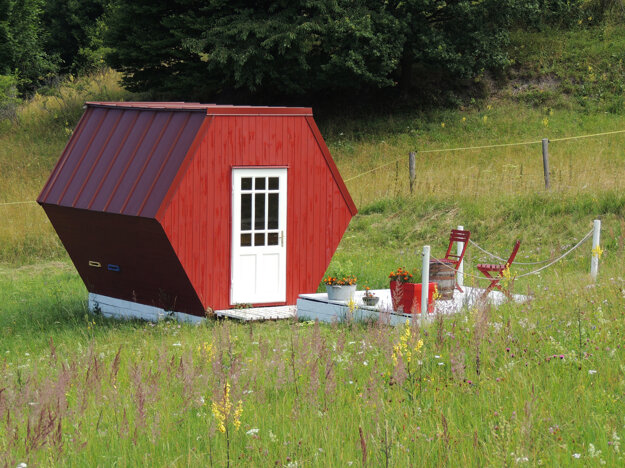 On the southern side of the Štiavnické vrchy mountains, in the village of Uhliská, an atypical hexagonal bee hotel is located, offering an intimate connection with nature. (Source: TASR)

“However, Slovakia has performed well particularly in social areas such as reducing inequality and achieving higher levels of resident happiness,” Bremner noted.

Sweden tops the published Sustainable Travel Index, followed by Finland and Austria. The first 20 places are, in fact, occupied by European countries, which suggests Europe sets the pace in sustainability.

Nevertheless, several countries outside Europe appear in top levels of the pillar rankings. Mozambique came first in the environmental sustainability evaluation, and Peru is the second-best country in sustainable lodging.

Church turned into a concert-exhibition venue

The Church of the Clarisses is a former Catholic church in Bratislava's Old Town, which served as a school in the past. Composer Béla Bartók studied here. Music has remained an integral part of the site to date. 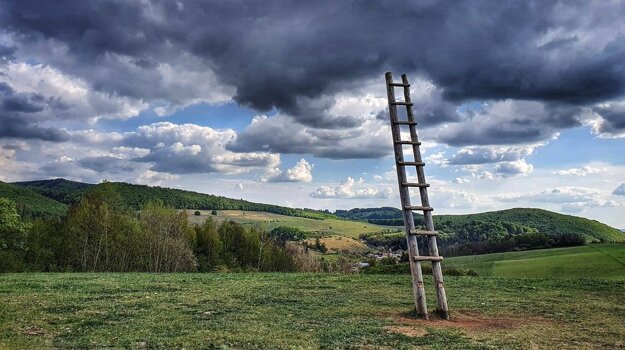 The village of Dúbravica, near Banská Bystrica, hosts a regular artists in-residence program to bring art to rural spaces. In the photo above, you can see the Shortcut to Heaven (Skratka) installation by Matej Rosmány, which has become a popular sight as you can climb this extraordinary ladder. (Source: Renáta Veltyová/Facebook)

The oldest preserved Košice edifice is a church

The Dominican Church of the Assumption of the Virgin Mary is the main feature of a square whose name it shares. It is also the oldest church in Košice, dating back to the 13th century. It is located minutes from Main Street.

It appears the increasing number of satellites and space junk orbiting around the Earth may soon result in a lack of suitable localities on the planet where astronomical observatories could be built, and astronomers may find it difficult to observe the cosmos.

A study by Slovak scientist Miroslav Kocifaj, published by the Royal Astronomical Society and the Science magazine, claims that sunlight reflected and scattered from space objects, of which there are more than 9,200 tonnes in Earth orbit, increase night sky brightness or, in other words, light pollution.

“It’s a bit of an eye opener,” John Barentine from the International Dark-Sky Association, who co-authored the study, told the magazine. 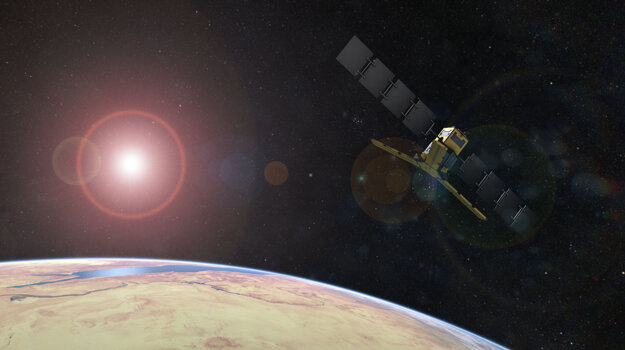 In their work, experts say that the brightness of these human-made space objects is comparable to or higher than objects of astrophysical interest, which results in astronomical data being compromised after illuminated satellites in the form of streaks appear in pictures taken by ground-based telescopes.

The seriousness of the problem is still being studied, but Kocifaj and his international team estimate this new skyglow effect has reached a level that “amounts to an approximately 10 percent increase over the brightness of the night sky determined by natural sources of light.”

This is the critical limit adopted in 1979 by the International Astronomical Union for the light pollution level not to be exceeded at the sites of astronomical observatories, the team adds.

Since the launch of Sputnik 1 in the late fifties, the first artificial satellite orbiting the Earth, more than 10,000 other satellites have been placed into Earth orbit. As of today, 6,250 remain in space and 3,900 of them are in operation, according to the European Space Agency.

The number of space objects is expected to grow further, thus increasing a source of light pollution and the risk of collision.

Slovak VFX artist Vladimír Valovič, who has worked on a number of box-office hits, shares what it was like to work on the 2017 film Justice League, which turned out to be a flop. He also explains why the Marvel Universe is better than the DC Universe, and what he thinks about the new Zack Snyder’s Justice League film.

I sort of knew this project would not turn out well. It had great potential, but several fundamental mistakes were made. And given what was going on around it, I do not think the movie should have come out.

The world has already marked this year’s sparrow day, but April 1 is the day when International Bird Day is observed thanks to the Slovak life scientist Oto Herman. Sparrow numbers are falling in Slovakia although we need them. Writer Jana Liptáková explains how and why to reverse the unwelcome trend.

Živé miesta, or Living Spaces in English, is an initiative launched by Bratislava this week with the intention of transforming long-neglected spots around the city into cosy and functional areas for all.

“It is the first serious initiative, and an effort to bring about a visible and definitive change in public space in Bratislava,” the Bratislava mayor Matúš Vallo said, describing it as the start of “a marathon.”

In 2021, the city is planning on revitalising 25 places, including several parks, meadows, and squares. You can find all the visualisations here. 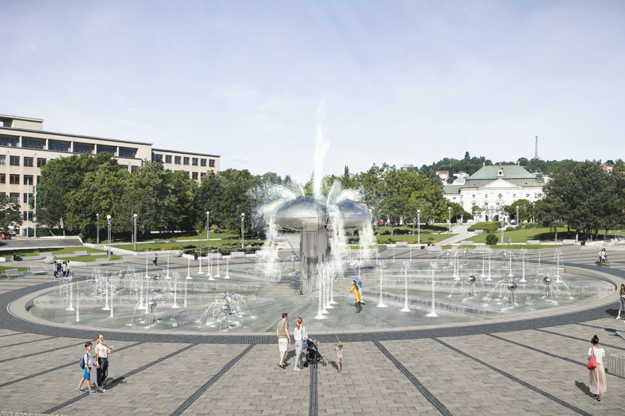 The visualisation of how the Námestie slobody square, with its iconic fountain, should look like after its revitalisation. (Source: Metropolitan Institute of Bratislava)

Bratislava plans to spend €14.3 million on the projects within the Živé miesta initiative. 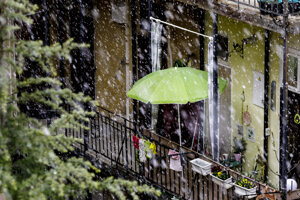 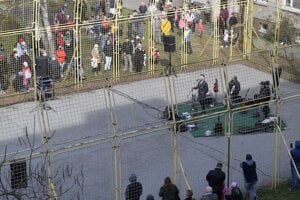 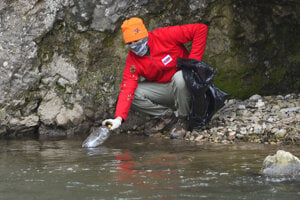 Slovakia through the lenses (27 photos)

Back in 2014, the then Bulgarian ambassador to Slovakia Margarita Ganeva partook in the Cooking with Ambassadors series run by The Slovak Spectator.

“We wanted to bring you traditional Bulgarian dishes that are typical for the Easter period,” she said on the programme a few years ago.

As it is Easter time, let’s relive those culinary video moments and learn more about the lamb, the original shopska salad and the traditional Easter bread called Kozunak.

You are all caught up now. All the Spectacular Slovakia weekly roundups can be found here. Have a great Easter weekend. See you next Friday.