What the stuck Ever Given reminded us of 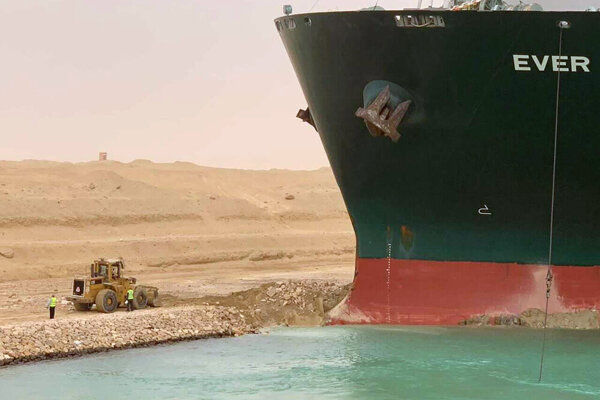 Is there a more perfect metaphor the more-is-better mindset that drives globalisation than the recent grounding of a massive container ship in the Suez Canal?

In 1869, the French ship L’Aigle was the first to transit the Suez Canal, escorted by the British Royal Navy’s HMS Newport. Both of those boats had sails and, needless to say, the HMS Newport (44 metres long, displacing 570 tons of water) was no match for the 400 metres long Ever Given that ran aground March 23 (which displaces 266,000 tons of water).

While the Suez Canal has undergone renovations (the latest occurred in 2015), 19th century engineers were hardly accounting for 21st century ships. In fact, even contemporary engineers have trouble keeping up as the container-carrying capacity of ships has increased 1,500 percent over the past 50 years, and doubled in the last decade alone.