The prices for public transport in Bratislava will change. An annual ticket will be cheaper

Some types of tickets will be scrapped, others will be more expensive. 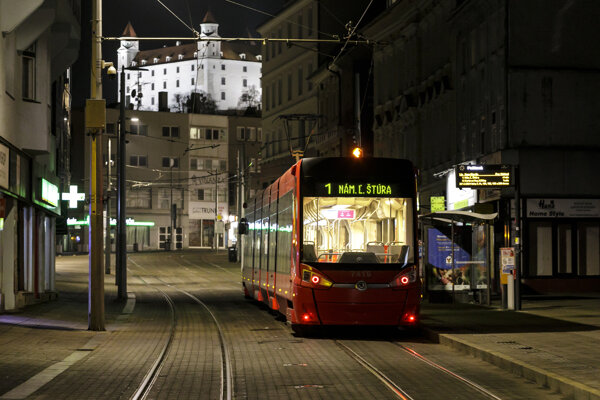 The prices of public transport tickets in Bratislava will change from July 1.

While most of the tickets will increase in price, the year-long ticket will be cheaper. It will cost €199, instead of current €264.2. Other tickets will be more expensive.

At the same time, the 15-minute ticket will be scrapped, and the holders of the Bratislava City Card will no longer be able to use the 10-percent discount on public transport tickets.

By decreasing the price of the year-long ticket, the city wants to motivate people to use public transport more after the epidemiological situation improves, so that the roads are not filled by cars again, said Bratislava Mayor Matúš Vallo.

It will not bring extra costs to the city, he added.

“We reward people who use the public transport the most,” Vallo said, as quoted by the TASR newswire, adding that 40,000 Bratislava inhabitants buy the year-long ticket.

Discounted year-long ticket will be accepted by all carriers involved in the integrated transport system in Bratislava Region, the IDS BK. 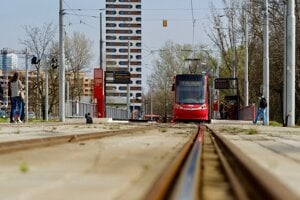 The city representatives hope that the reduced price will be motivating for commuters who travel to Bratislava by car.

The holders of the prepaid ticket will be able to park at a reference parking spot for an advantageous price.

Region will take steps too

The Bratislava Self-Governing Region also prepares advantageous tickets for suburban transport, in order to prevent the excessive burden of the roads after the Covid measures are lifted.

They cannot do much about train connection, but they will try to ask the state-run passenger carrier ZSSK not to reduce the number of connections.

How prices for public transport change (chosen examples for 100 and 101 zones):