Culture Ministry opposes the idea of routing the tram in front of the Slovak National Theater building. 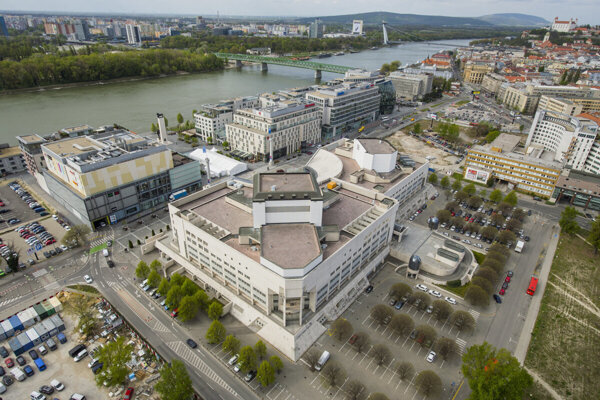 Bratislava's new downtown, a neighbourhood of high-rise buildings encompassing Eurovea, Sky Park and other projects in the former industrial district, is gradually gaining its final shape. Yet the routing of the tram line to service it remains undecided.

While Bratislava authorities propose leading the tram line along Pribinova Street and in front of the new Slovak National Theatre (SND) building, the Culture Ministry opposes the proposed arrangement, fearing noise, vibrations and disruption of the public space in front of the theatre. The ministry says an alternative route along nearby Landererova Street would be a better option.

“Unfortunately, Mayor [Matúš] Vallo and I got to the point where only two variants remained on the table - either the tram runs in front of the SND, or not at all,” Culture Minister Natália Milanová (OLaNO) said during a 2020 meeting with Bratislava authorities, as quoted by the Denník N daily. “I said in that case, I do not agree with the tram as such.”

The Culture Ministry is in charge of the SND and owns the land in front of the theatre building, meaning its agreement is required for the routing of the new tram line via Pribinova.

The Bratislava city council sees tram transport as a way to service the downtown, where it expects 200,000 people daily after completion.

“At the same time, it should prevent a traffic collapse, since it wouldn't be possible to service this area by individual car traffic due to the numbers of visitors, employees and residents,” explains the Bratislava city council.

The new tram line is to service the new neighbourhood on the Danube river bank, connect the city centre with Petržalka and the tram line to Ružinov, as well as with the planned tram lines to Podunajské Biskupice and Vrakuňa.