The former PM who now serves as finance minister is to visit Viktor Orbán today. Slovak Academy of Sciences says they tested the Russian vaccine per his health minister's request. 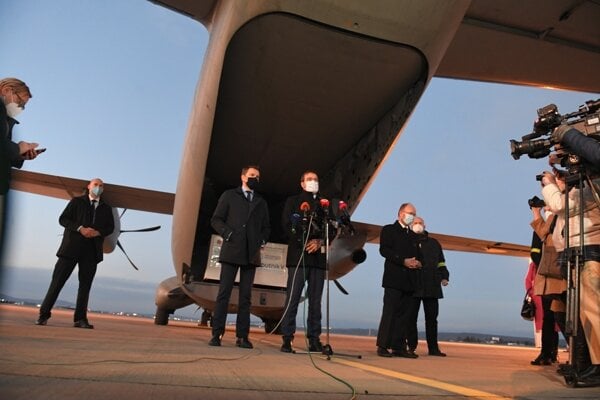 Following Thursday's trip to Moscow concerning the supplies of the Russian vaccine to Slovakia, Finance Minister Igor Matovič confirmed that the Russian side has withdrawn from the contract and is demanding that Slovakia returns the batch of 200,000 doses delivered in early March. 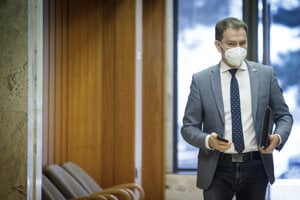 Speaking to journalists during a press briefing on Friday, April 9, Matovič took no questions, only repeating his allegations from the day before that Sputnik "had many high-ranking enemies in Slovakia". He also repeated the accusations that the Sputnik V producer launched against the Slovak national drug agency (ŠÚKL) on Twitter.

"I fully understand the disappointment on the Russian side," Matovič said.

The Biomedical Research Centre of the Slovak Academy of Sciences, whose lab tested the Sputnik V doses delivered to Slovakia, has labelled Matovič's claims as false and said that they carried out testing based on the written request of former health minister Marek Krajčí (OĽaNO) and the contract with the ŠÚKL.

Chief Hygienist Ján Mikas supports the ŠÚKL and its director Zuzana Baťová. Speaking to the Sme daily, Mikas said the ŠÚKL has done its utmost to gain as much information as possible about Sputnik V.

Mikas expressed his criticism of Matovič.

"I am convinced people from the ŠÚKL, including its director, have done the most they could. I feel solidarity with them," Mikas told Sme.

Sputnik V not approved for use now