Elvis, Charlie Chaplin and other Roma tour the east of Slovakia

Spread kindness with happy stones or plan a trip to a giant bench. 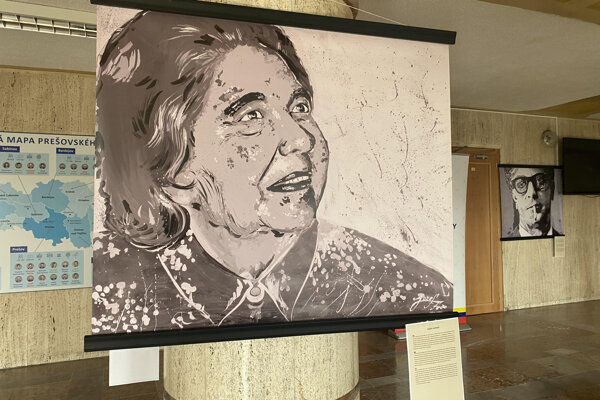 We learnt this week that the Pohoda Festival as we know it will not take place in the summer, but there is no reason to cry as an alternative is in the works.

In this roundup edition, we will also look back at the Slovak music industry in 2020, including the best-selling albums, and invite you to a travelling exhibition in the Prešov Region.

If you are enthusiastic about ‘pre-flood elephants’, a nice weekend read is waiting for you. Want to spread happiness? We recommend a game to do that at the end of the roundup.

But first, watch the video below about a giant bench with a view.

XXL bench not only for giants

Inspired by walks with his father, Martin Choleva decided to build a bench in a place above the village of Kláštor pod Znievom, near Martin, to remind him of the great walks he cannot take with his dad anymore.

It was originally supposed to be a regular bench, but then he and his brother changed their minds: “A big hill requires a large bench. A small one would get lost up there.”

The Gardeon Bench, named after the Cholevas’ family firm, weighs three tons. It is 3 metres high and five metres wide. So far, every visitor has managed to climb up the bench and sit on it despite not being a giant.

Once you get to the village, either by car or by bus, it takes 30 minutes to reach the bench and viewing platform in one. For obvious reasons, there is no need to worry you will not spot it. 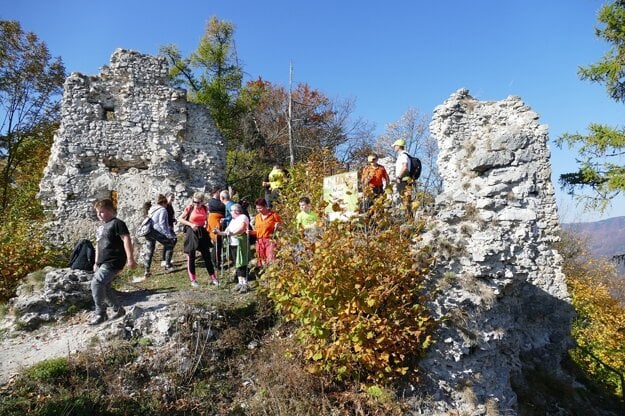 From the bench, in addition to the hills and the village, you can see Zniev Castle.

How to make the Košice cathedral collapse

Legend has it that one must first find and remove the keystone of St Elizabeth’s Cathedral in order to make it collapse. As it may take ages, one should instead explore the beauties of the largest gothic church in Slovakia, including a lovers’ stair. By the way, do you know how long it took to build the cathedral?

Untouched Kapitulská Street, next to St Martin’s Cathedral, is home to old houses, some of which are in need of renovations. Many are owned by the Church. Here, you will also stumble on a red gate with paintings and Albrecht’s House, once a mecca of local culture.

Trnava has two pillars commemorating the plagues of the Middle Ages. On one of them, Italian Saint Carlo Borromeo is depicted. During an epidemic in Milan, he closed churches, placed altars outside, and promoted sanitising hands with vinegar, among other things. Learn what other saints are depicted, and are said to provide help from various calamities.

Pohoda 2021 to happen, with a new name and format

The largest music festival in Slovakia, Pohoda, will not be held in July in the form that festival goers are used to, despite gradual pandemic improvements.

“We truly feel sorry about this, but we consider this decision to be the right and inevitable one,” said Pohoda head Michal Kaščák.

The decision was made after discussions with experts, he added, who said it appeared impossible to host a festival for 30,000 visitors at the Trenčín airport. Unlike 2020 when Pohoda in the Air, a modest edition of the festival, took place online, Pohoda Festival organisers are promising a new concept this summer.

“We have started working on a series of smaller festival events titled ‘Pohoda on the Ground’ that we are planning to organise at the Trenčín airport this summer,” Kaščák said.

Nothing is settled at this point as the virus may change things quickly. However, the festival should be held for five days under strict coronavirus measures, including testing and face mask wearing. Each day, a thousand Pohoda goers should be allowed to attend the event.

Who is to perform this July has not been announced, but acts from abroad are said to be a part of Pohoda as well. The organisers added they were trying to get the artists and bands who had been confirmed for the 2021 full-version festival rescheduled to the next year, when the festival in its traditional form should at last be held.

“We would like to ask those who have tickets for this year to keep them for 2022,” Kaščák noted. “This support makes it possible for Pohoda to continue in the future and we are so grateful for it.” 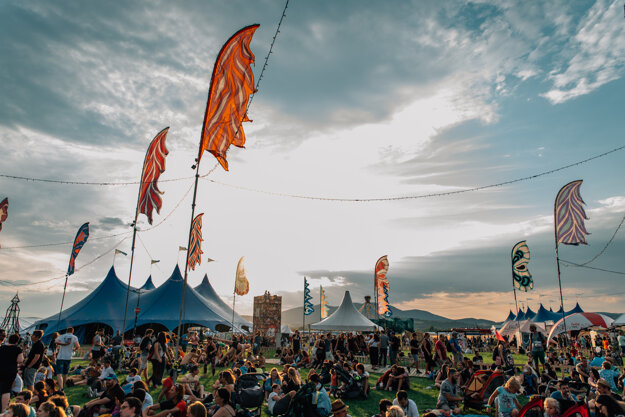 Pohoda Festival in the past. (Source: Pohoda)

Pohoda 2022 will take place between July 7 and 9. More details, including a Q&A section, can be found on the festival’s website.

Everyone has heard of Elvis Presley, but not many are aware of his Roma origin.

The exhibition ‘Unknown Colours of Personalities’, organised by the Prešov Self-Governing Region (PSK) and the State Scientific Library Prešov, aims to present famous people of Roma origin, foreign and Slovak, who have made the world of culture richer.

“About 127,000 Roma live in the Prešov Region,” said PSK Chair Milan Majerský. “We consider it important to raise awareness about Roma personalities, both among the majority and the Roma minority.” 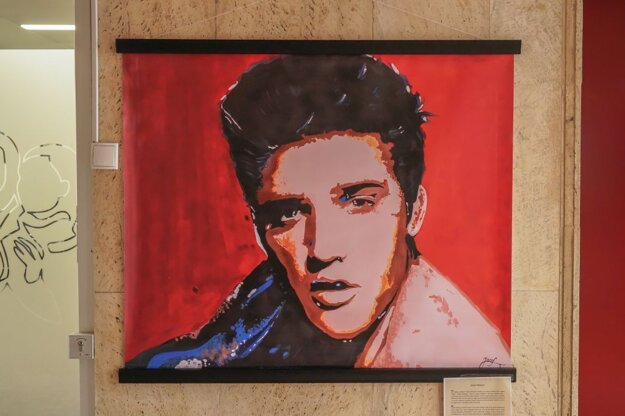 Twenty-three large-format paintings by Roma artist Jozef Fečo from Kračúnovce were created in 2015 and 2020. The 27-year-old artist has openly said he painted half of these artworks in the pop-art style on plasterboard because he could not afford canvas.

One half of the works is currently on display in Prešov, the other in Stará Ľubovňa. Since this is a travelling exhibition, artworks will be displayed in different institutions and towns around the region through 2021.

“The aim of the display is to make our society think about how it perceives the Roma, and that the Roma may be someone we do not see as Roma, but they mean something to society,” said Roman Čonka of the State Scientific Library Prešov. 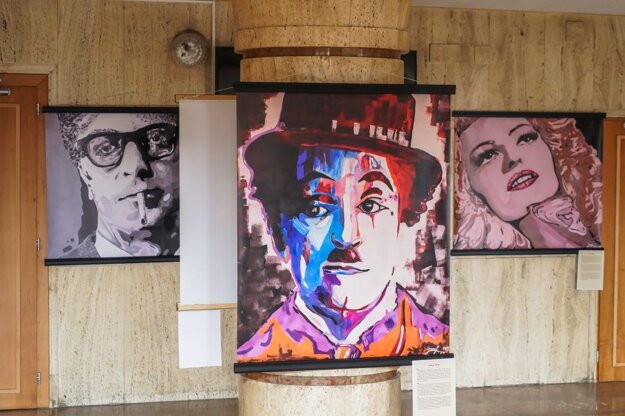 Mammoths also sought out the thermal waters of Piešťany

Piešťany is famous for its thermal springs. In addition, the area nearby the spa town has become an important locality when it comes to ‘pre-flood elephants’ - how Slovaks once referred to mammoths - once living in the valley of the Váh River, as well as other prehistoric creatures. 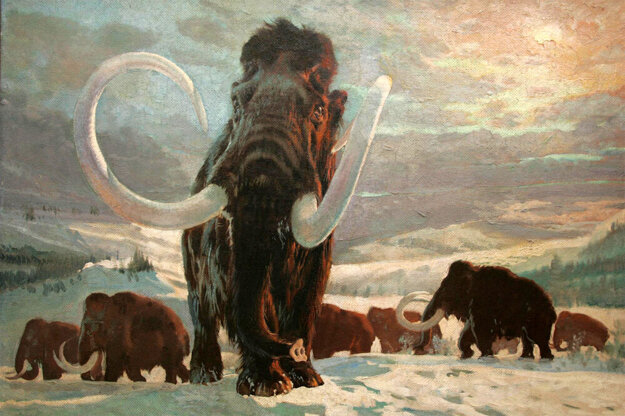 Prehistoric animals such as mammoths come to life in films thanks to digital technologies, but few artists have portrayed them as artistically as Zdeněk Burian. (Source: MONIKA TOMÁŠKOVÁ / MAFRA / Profimedia)

Learn how many archaeological finds were sold by locals to spa visitors from abroad, and were also misused by Nazis for political abuse in the past.

The music industry in Slovakia seems to have thrived last year, despite the pandemic, after its revenues increased by more than 13 percent, standing at €14.4 million.

According to the 2020 International Federation of the Phonographic Industry (IFPI) report, the segment of sales of physical media grew somewhat unexpectedly last year, by 8 percent, in the country. A more detailed analysis shows the revenue from the sale of CDs decreased by 23 percent. On the other hand, the sale of vinyl records increased a staggering 95 percent.

When it comes to performing rights, collected by the Slovgram organisation, the IFPI reports about a 20-percent decrease compared to 2019 as public performance has not been allowed in Slovakia since the pandemic started.

However, a 43-percent increase was recorded in digital music sales compared to 2019. Up to 75 percent of all music in Slovakia was sold through digital platforms such as Spotify and Apple Music, which confirms how music is mostly consumed at present. Streaming sales massively dominated, with 97 percent, over declining downloads.

Opus 1970-1985 by Karol Duchoň became the best-selling album in Slovakia, followed by Tones and I’s record The Kids Are Coming.

You know what people say: there dwells a child in every adult. Therefore, we are going to leave you with a game that you are most likely to be familiar with. Happy or kindness stones are not a new concept, but in the time of the pandemic, it may make your day brighter.

All you need are acrylic paints or markers, varnish and stones, which you will surely find during a walk in the woods and parks. Avoid any material that harms the environment.

To make it more fun, join the Facebook group Veselé kamene (Happy Stones). On there, you can post a picture of any happy stone you find on your strolls. Add a postal code written on the back of the stone and the place of your discovery. 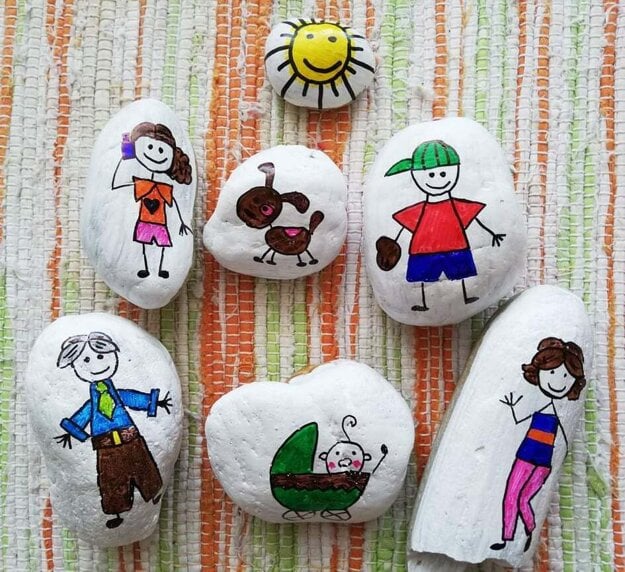 Get your creativity started and create your happy stone. (Source: Facebook/Veselé kamene)

As with a stone painted by you, leave it in a visible and safe spot, such as on some stairs or by a statue. Who knows, somebody may find it and post it to the group as well. Also, aside from the postal code, write on the stone what the person that finds it should do next with it.

Keep it? Send it to Chile? Use it as a decoration? It is up to you. Have fun!

And that is it for this week. All the Spectacular Slovakia weekly roundups can be found here. Have a restful weekend. See you next Friday.