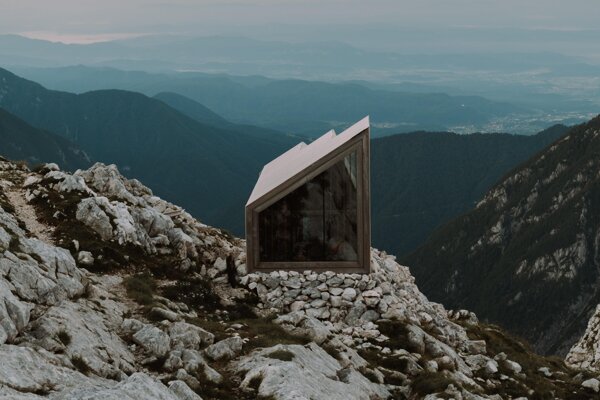 How a new shelter will look like will be decided in architectonic competition. (Source: Unsplash)
Font size:A-|A+  Comments disabled

Small often inconspicuous constructions in the woods are usually vital for hikers when they plan their trips into mountains.

Shelters are different from mountain chalets: they are often humbly equipped, overnight stays free and there is no option to book a spot. Some of them may be crowded, especially during the high season when more people try to fit in than the capacity of a shelter allows. Regardless of the condition of the construction, shelters offer a necessary overnight stay or a haven when bad weather strikes unexpectedly.

Their conditions often vary; most would not be called appealing. A group of youngsters has decided to change that and is planning a project focusing on a new generation of shelters for hikers, which it wants to make architectonically interesting.

Through their crowdfunding campaign, they set a primary goal of €10,000 - and succeeded in fulfilling it in less than hour. A few days before the end of the campaign, they collected more than €57,000 which will be enough not only to build a new shelter designed by architects but also to renew some existing shelters.

“We never dreamed of such a sum,” Patrik Pajta, one of the authors of the campaign, told The Slovak Spectator. He added that the primary aim of the campaign was to open the topic of tourist shelters and the role of architecture in nature. He believes they succeeded in that. 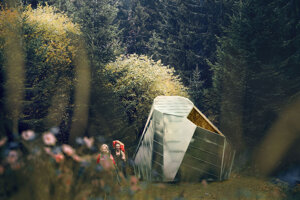 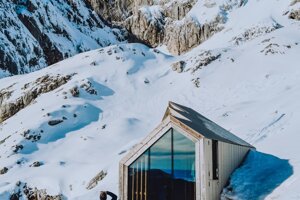 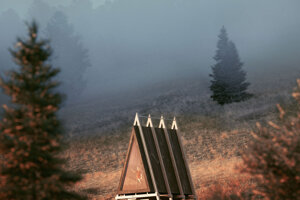 New generation of shelters could look like this (4 photos)

They took inspiration from shelters built in Austria and Slovenia, and would like to build a similar construction in Slovakia. From the collected money, the authors of the project plan to finance an architectonic competition, pick three architectural studios to design three projects and still have enough money to build a brand new shelter. The remaining funds should be used to repair existing shelters.

It is hard to estimate how many shelters there are in Slovakia. Ernest Rusnák, member of the Club of Slovak Tourists who wrote a book about Slovak chalets and shelters, explained that it depends on what we consider a shelter. Sometimes a shelter could consist in only a cover between trees. He estimated the number of decent shelters in Slovakia at 25.

Marek Jančúch, a photographer who published a series dedicated to Slovak shelters, said he visited between 50 and 60 and continues searching for more.