Firefighters called out due to strong wind, meteorologists warn against more

It is not recommended to park cars in risky places. 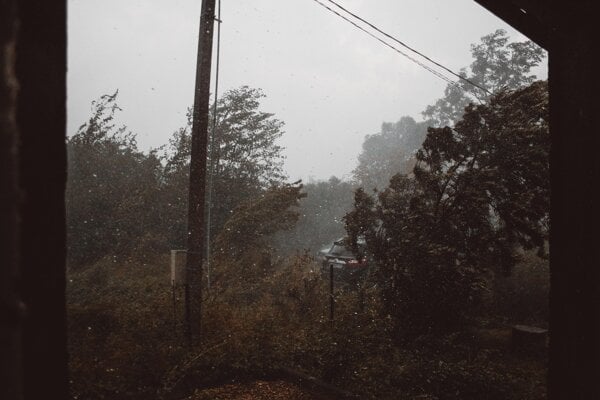 Meteorological warnings against strong winds apply to several Slovak regions, especially in western Slovakia. As a consequence, firefighters had to intervene at 26 places as of Tuesday morning. Most events occurred in Bratislava Region (20 cases).

In Bratislava, firefighters mainly had to remove fallen trees from roads, electrical cables and parked vehicles. In a few instances, they were called to help after the roofs of buildings were torn off.

Firefighters expect an increase in the number of interventions. They recommend against parking vehicles in risky places, such as under trees, electricity poles, electricity pylons and billboards.

They also recommend staying in safe places and avoiding driving and walks in the woods. People should also avoid shelters under trees and unstable shelters and buildings. It is also recommended to avoid contact with fallen electricity cables. If people have to drive, they should do so slowly and carefully.

A first-degree warning applies to Bratislava Region and Trnava Region and most of the Trenčín, Košice, Nitra and Prešov Regions. The wind may reach a speed of 65 to 85 kilometres per hour.

More warnings are issued against snow, wind in the mountains and snowdrifts.

Most of the warnings will apply on April 14 too. 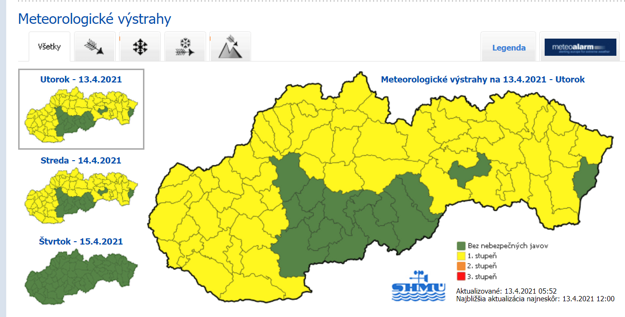 SHMÚ issued some other warnings against snow, snowdrifts and wind in the mountains. (Source: SHMÚ)