President: Lab certification not the reason why Russians want Sputnik V back

The president indirectly suggested that Finance Minister Igor Matovič did not tell the truth about the deal, calls for the contract to be made public. 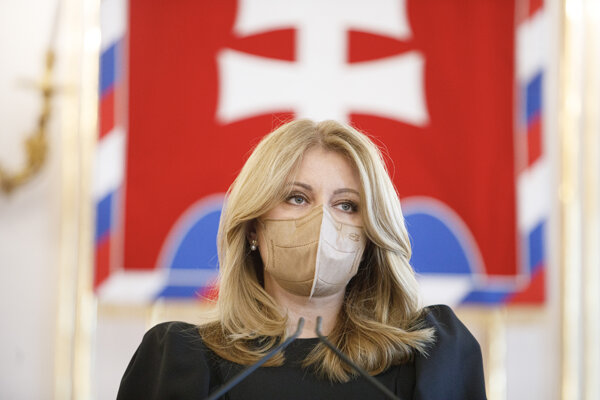 The Russian fund marketing the Sputnik V vaccine did not ask the Slovak government to return the vaccines from Slovakia due to the certification of the laboratory that tested the samples.

President Zuzana Čaputová stated the above-mentioned after she studied the contract, which has not been made public. The president opined that she saw no reason for the contract to be kept hidden from the public, and called on those who closed the contract to duly publish it.

Čaputová studied the undisclosed contract for the purchase of Sputnik V vaccines and a letter in which the Russian Direct Invesment Fund (RDIF) asked the government to return the unused vaccines.

“There was a different reason for their return request,” Čaputová said during her briefing on April 15.

Lab was not the reason

The Finance Minister Igor Matovič claimed earlier that the Russian side wanted the Sputnik V vaccines back because Slovakia tested them in a laboratory without OMCL certification, which violated the contract.

"The [Russians] feel that exceptional damage was caused to them when the ŠÚKL assigned the assessment of the vaccine to a non-registered laboratory," Matovič told journalists on April 9.

He travelled to Hungary to agree on testing the Slovak batch of Sputnik V in a Hungarian laboratory. Whether Slovakia has already sent Sputnik vaccines to Hungary is unclear for now.

The State Institute for Drug Control (ŠÚKL) claimed that tests in the laboratory of the Biomedical Centre of the Slovak Academy of Sciences was assigned by former health minister Marek Krajčí. ŠÚKL has not seen the contract, because it is still classified.

The Sme daily meanwhile looked at the published contract between Hungary and Russia on the purchase of Sputnik V vaccines and found no such condition.

President Čaputová appreciated that the Sputnik-related agenda is now managed by the Health Ministry.

Under new Minister Vladimír Lengvarský, the Health Ministry is analysing the contract from a legal point of view. The results should be known soon.