Slovakia's recovery plan is ready to be sent to Brussels

Slovakia should receive more than €6 billion. 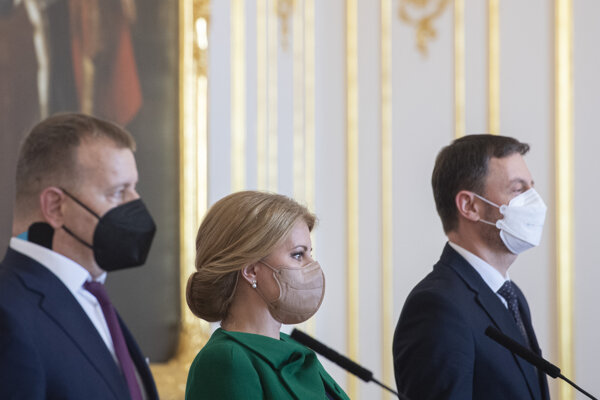 Slovakia can now officially submit its Recovery and Resilience Plan to the European Commission after it was approved by the cabinet at its April 28 session, with objections.

The deadline for submitting the final plans for all EU member states is April 30.

Slovakia could receive more than €6 million through the EU recovery package; the funds should be spent by 2026.

Among the priority areas the country wants to use the money on are education, science and research, green economy, health care, public administration and digitalisation, the SITA newswire reported.

The country has pledged to adopt dozens of key reforms and related investments and to improve the quality of life in various areas.

The final document includes the recommendations of the EC, including the pension system reform, the inclusion of pre-school education, the education curriculum reform, the change to the network of hospitals, the reform of the management of science and research, and the environmental reform, SITA reported.

The Finance Ministry received altogether 2,529 comments on its draft recovery plan. 684 were accepted and another 370 were partially accepted. There were no big changes to the draft, said Lívia Vašáková of the ministry, as reported by SITA.

The preliminary statement of the EC on the Slovak recovery plan is positive, said Štefan Kišša, head of the Value for Money Unit, which runs under the Finance Ministry. There are no indications that the EC would not approve the plan, he added.

After Slovakia signs an agreement with the EC, there will still be some time for corrections. The revised recovery plan must be sent by April 30, 2022, the ministry said.