News digest: Slovakia will mark May Day with closed shops on Saturday

Sputnik contract finally made public; anti-covid measures are easing as of Monday, May 3. 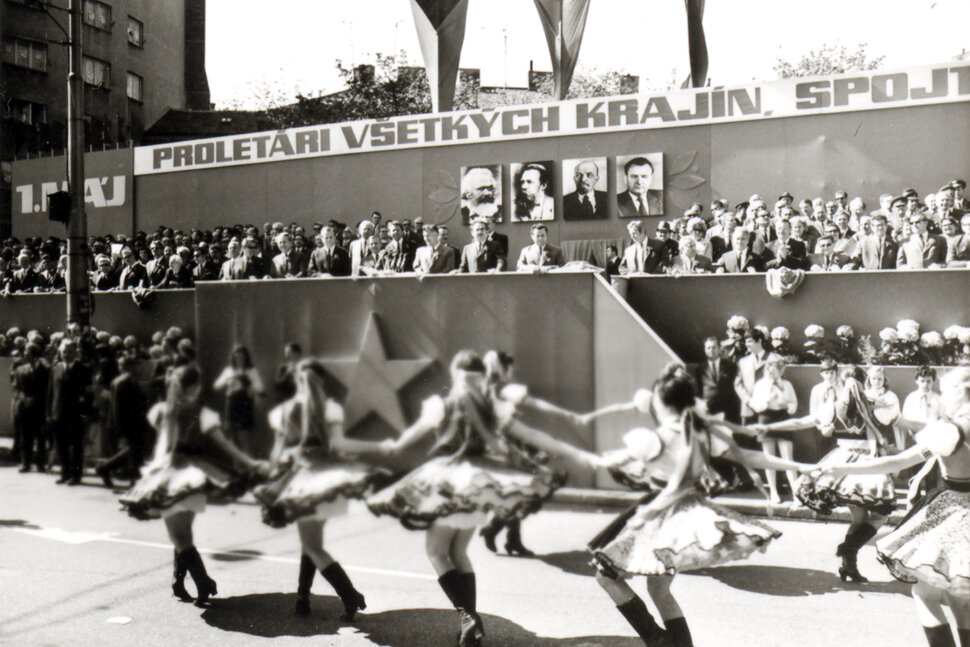 Before the fall of the communist regime in 1989, May Day celebrations were abused to glorify the communist rule as this historical photo shows. Nowadays, most people prefer to devote themselves to leisure activities. (Source: TASR)
Font size:A-|A+  Comments disabled

This is the Friday, April 30, 2021 edition of Today in Slovakia. Learn about politics, business, and other notable events of the day in Slovakia in less than five minutes. If you like what we are doing and want to support good journalism, buy our online subscription. Thank you. 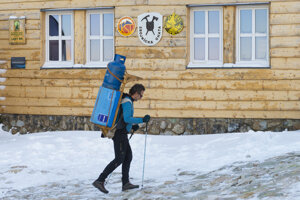 The violation of the contract's secrecy clause is punishable. There is no specification of which authorities are to check on the vaccine, and the Russian side has the right to withdraw from the contract if payments from Slovakia are delayed.

The Health Ministry published the contract for the Russian Sputnik V vaccine on the evening of Thursday, April 29 after weeks of legal disputes.

The contract, signed by former health minister Marek Krajčí (now an OĽaNO MP), is basically in violation of Slovak law, according to experts.

Health Minister Vladimír Lengvarský confirmed on Wednesday that he is not going to approve the use of Sputnik V in Slovakia for now. 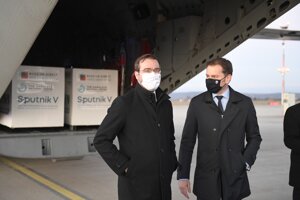 The current political direction of Slovakia and the technical condition of the national grid are reopening opportunities for the development of renewable energy sources in Slovakia. As a consequence, new wind power plants can be built in Slovakia after a 17 year ban, noted the Slovak Association of the Photovoltaic Industry and Renewable Energy Sources (SAPI).

"In 2003, the first wind power plant in Slovakia was put into operation. Despite the fact that it is still working, it has remained a memento of missed opportunities,” said SAPI Director Ján Karaba, as cited in a press release. 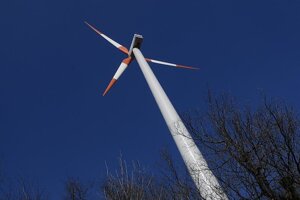 The Covid-19 pandemic has hit public transport in Bratislava hard. The number of passengers using public transport has decreased by approximately 60 to 70 percent compared to the pre-pandemic period. This decline is reflected in DPB’s revenues. With the Bratislava city transport company, Dopravný Podnik Bratislava (DPB) losing €2 million each month in revenues, its total lost revenues since the outbreak of the novel coronavirus have climbed to €25 million.

Bratislava Mayor Matúš Vallo said earlier in April that the city council would not allow mass layoffs at DPB or a reduction of routes in Bratislava. The city council, as the sole shareholder of DPB, has promised to settle all its obligations. 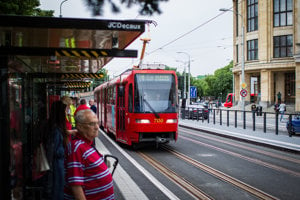 The reconstruction of one of the capital’s most prominent historical sites, the Rusovce manor house, was started in the 1980s but it still has not been completed. The latest attempt triggered in 2018 has failed so far to even complete the procurement process for the selection of a construction contractor, even though it was scheduled to hand over the work to a contractor in February 2020.

Now a group of activists and local councillors have set up a petition The petition calls on the Government Office, as administrator of the estate, to push ahead with restoration plans for the manor, pointing out that any further delays will not only lead to it falling further into disrepair, but also mean a higher price in the future for its ultimate reconstruction.

“We walk around the manor house every day and instead of it being the pride of Rusovce, it just continues to fall apart,” said Róbert Kalmár, one of three people behind the petition.

The manor in Rusovce, on the outskirts of Bratislava, was home to the aristocracy for centuries, the last private owner being Habsburg Princess Stéphanie of Belgium, the widow of Crown Prince Rudolf of Habsburg, the son of one of the Habsburg Empire’s most famous figures, Empress Elisabeth - better known as Sisi. 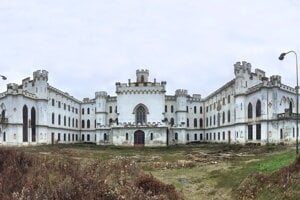 Bratislava has launched the extensive monitoring of mosquito hatcheries to enable better administration of the biocide BTI. So far 200 volunteers have joined and the call is still open. 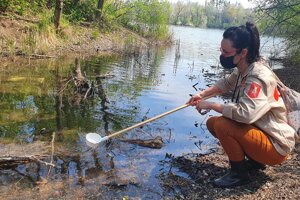 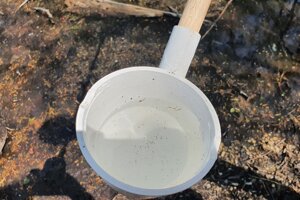 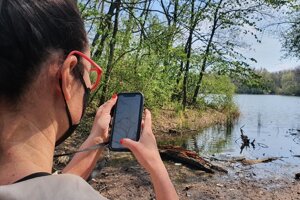 For most Slovaks aged 40 and over, Labour Day is still associated with compulsory attendance at pre-1989 events intended to glorify communist rule. Nowadays, most people prefer to devote themselves to leisure activities, detached from politics even though some politicians still use this day for publicity. May 1 is a public holiday in Slovakia, during which the country marks the anniversary of its accession to the European Union in 2004. 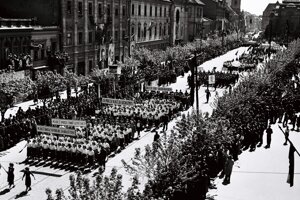 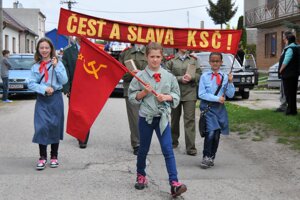 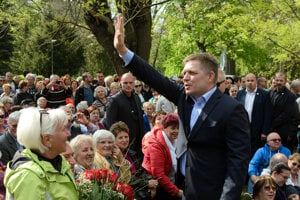 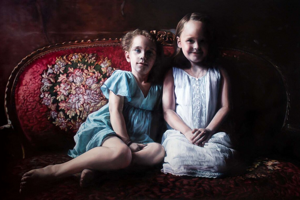 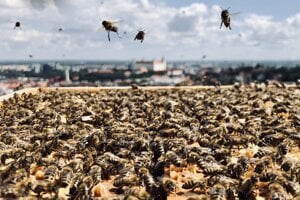 Slovakia: Where the bees buzz and the honey flows Read more 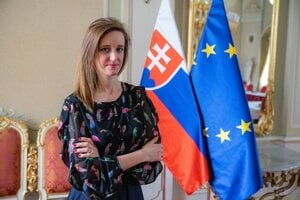 The woman who negotiated additional Pfizer vaccines for Slovakia: In the EU, Sputnik is not taboo Read more 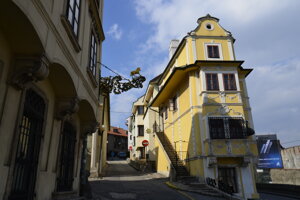 The house in Bratislava where time stops Read more

If you have suggestions as to how this news overview can be improved, you can reach us at editorial@spectator.sk.

Jana Liptáková
News: Receive favorite authors articles by email. Try the new feature and turn on the subscription.
Jana Liptáková has been with The Slovak Spectator since 2004. After three years of serving as a part-time contributor and freelancer for the culture section, Ms. Liptáková joined The Slovak Spectator full-time as a culture writer and photographer in April 2007. Before joining the Spectator, Ms. Liptáková worked with the TASR newswire and later Slovakia’s first private newswire, SITA, for more than 15 years. Ms. Liptakova covers culture and business and she is the newspaper’s photographer.Ms Liptáková graduated with a Masters of Sciences degree (awarded for extended study) from the Technical University in Trnava, majoring in materials science and technology.
Comments disabled
Send the article by email
Close ad