Many cultural places such as museums, libraries and galleries have reopened across Slovakia, and opal mines near Prešov will also welcome the first visitors on May 1. In addition, the Culture Ministry has presented a traffic light system for the cultural sector and events.

However, we won’t talk just about rules. This week’s roundup will equip you with many other stories, including basketball, a BBC Travel story about Slovakia, and a talented multi-instrumentalist based in New Zealand.

May is around the corner, so let’s start off with a love poem.

May is a month with many faces. For Americans, it is national burger month. For Catholics, it is the month devoted to the Blessed Virgin Mary. But many also refer to May as the month of poetry and love.

The poem is called Oh, Dear Virgin. Here it is:

you don’t even know…’ 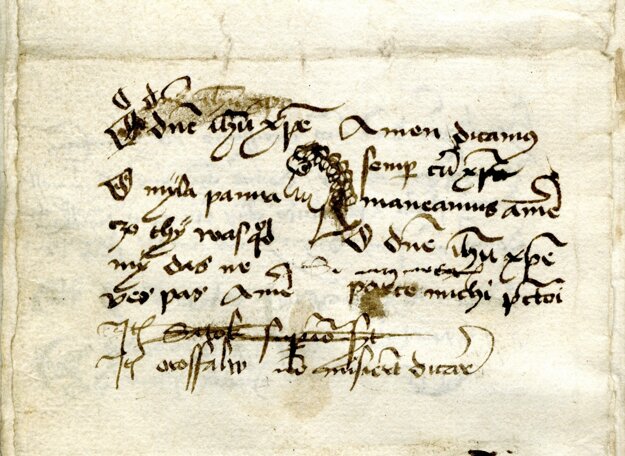 If you look at the picture above, published on Facebook by the State Archive Prešov, you may also see the face of a lady that Leonard sketched as he wrote those lines.

Although Leonard was born in Uničov, near the Czech town of Olomouc, he worked in the Slovak regions of Novohrad and Gemer, as well as in the town of Bardejov.

Although a hike up to the Ondrašová Rocks, near the Ondrašová village in the Turčianske Teplice district, is an easy one, it provides tourists with a breathtaking view of the Turiec Basin and the Žiar and Kremnica Hills.

It takes less than one hour to walk up to the rocks. It is ideal to start the trip at the end of the only main road in the village. Once the residential area is passed, the road runs a kilometre further across fields. Visitors can park their cars by a road barrier at the end of the road. 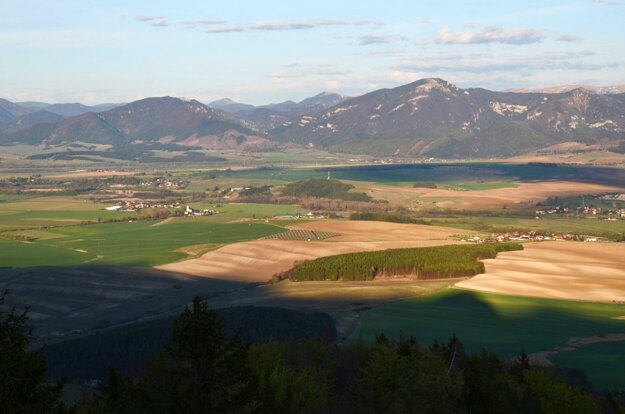 The view from the Ondrašová Rocks. (Source: TIC Martin)

From here, walk along an unpaved road and turn right upon reaching a crossroad. The 4.5-kilometre-long hiking trail is not officially marked, but local enthusiasts painted trees with green-and-white signs that guide tourists to the Ondrašová Rocks. 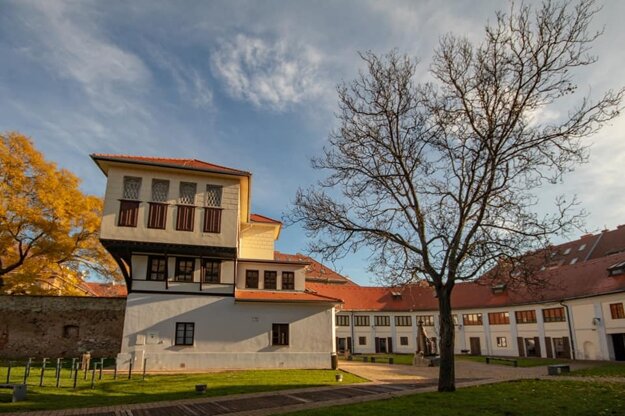 Even though strict pandemic measures remain in place across Slovakia, cultural events will be hindered no more from May 3. The Culture Ministry has published a traffic light system for the Slovak arts and cultural sector.

“It determines the number of visitors to an event, test requirements, and also the consumption of food and drinks,” Culture Minister Natália Milanová said on April 28. 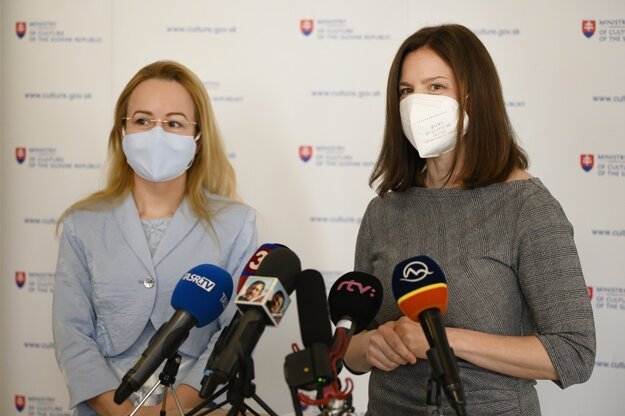 The red colour, which stands for the worst scenario, allows for up to 200 visitors outdoors and 150 visitors indoors. Only the events at which people can sit will be allowed. The events will be limited to 50 percent of venue capacity.

The pink colour allows for 500 visitors outdoors and 250 visitors indoors. The conditions mentioned above will also apply. When the traffic light system turns orange, it will become region-based and cinemas will be allowed to reopen.

As soon as the green light is turned on, which represents the monitoring stage, events of up to 1,000 people outdoors and 500 people indoors will be allowed. The events at which people can stand will be greenlighted too. No capacity limits will apply at this stage. 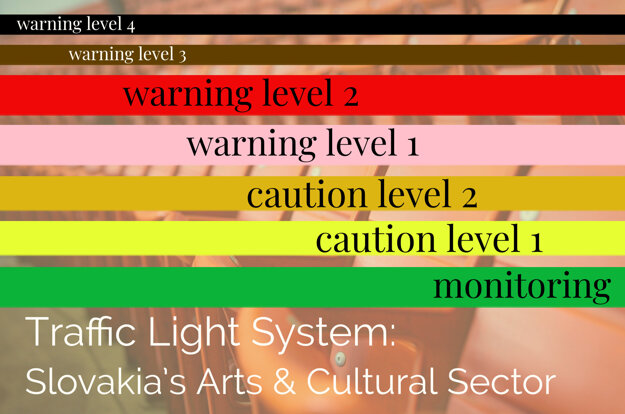 Regardless of colours, events cannot last longer than eight hours.

With regard to Covid tests, the traffic light system for the cultural sector will follow the national Covid Automat system. However, upon its launch next week people will be required to have a negative PCR test older no more than 72 hours or a negative antigen test taken no later than 24 hours before showing up for an event.

“I believe that, once the measures are eased off, we will have the cultural summer we long for,” the minister noted.

Beekeeping has a long tradition on the territory of Slovakia. It has become so popular again in recent years that bees are now kept in cities as well. Get to know some of the Slovak honey and mead producers, several bee-related educational projects, and where to set out on a trip to learn more about honey and mead.

As people wait in vain, a manor house comes apart

Slovak governments’ have promised multiple times to reconstruct the Rusovce Manor House. Activists claim it is falling apart, and they have thus launched a petition for the restoration of the building. Princess Stéphanie of Belgium lived here. Nevertheless, the ancient house was full of bird excrement and holes since then. 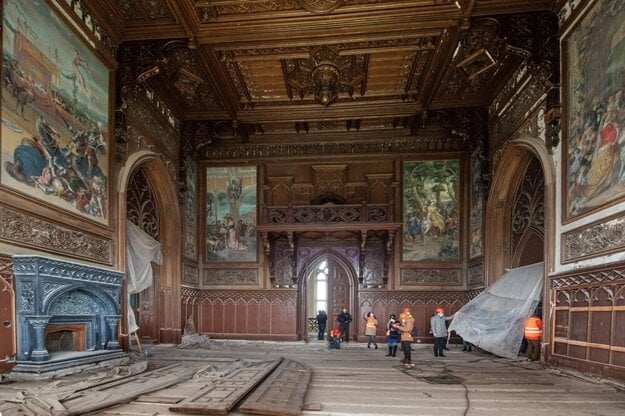 When a thief steals a famous painting, it is usually of a deceased artist such as Van Gogh. However, a young Czech artist also went through such an experience. When she met one of the thieves, she made friends with him and created a documentary about the man and their bond. The film took home an award from the 2020 Sundance Film Festival.

The Slovak basketball giant of 208 centimetres, Stanislav “Kily” Kropilák, will become the first player from Slovakia to be inducted into the International Basketball Federation (FIBA) Hall of Fame in mid-June.

In 2001, the retired Inter Bratislava player was named the Slovak basketball player of the century. The FIBA Magazine listed him among the 50 best players of all time in 1991. Following the female coach Natália Hejková, he will now become the second Slovak to be inducted into the hall of fame. 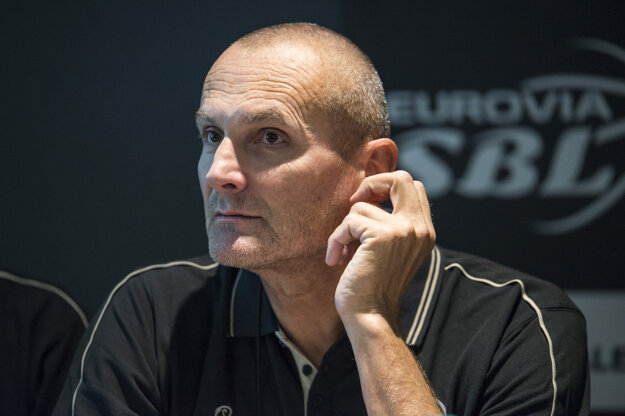 Kropilák was born on June 10, 1955 in Kremnica. He grew up in Bratislava. His love for sports started with swimming, then downhill skiing. His nickname ‘Kily’ comes from the name of the skier Jean-Claude Killy. When he grew up, basketball became his number one sport.

The then communist regime allowed him to play for teams in former Czechoslovakia, Belgium, as well as Luxembourg. He became one of the European basketball stars. Due to injuries, he retired at the age of 41. Despite his success, he has never played in the NBA, although there was a chance to leave for the USA after the 1976 Montreal Olympics.

“Three universities wanted me. Wake Forest the most,” he said. “I could have been the first athlete from here to study at and play for an American university. My career might have turned out differently.”

However, an injury changed his plans. So did communism. Kropilák refused to emigrate. Today, he still manages the Inter Bratislava club.

What difference does he see in basketball between now and then?

“Basketball used to be an absolutely contactless sport…Today, basketball is largely about physical strength,” he said, noting that players were happier to play the game back then. 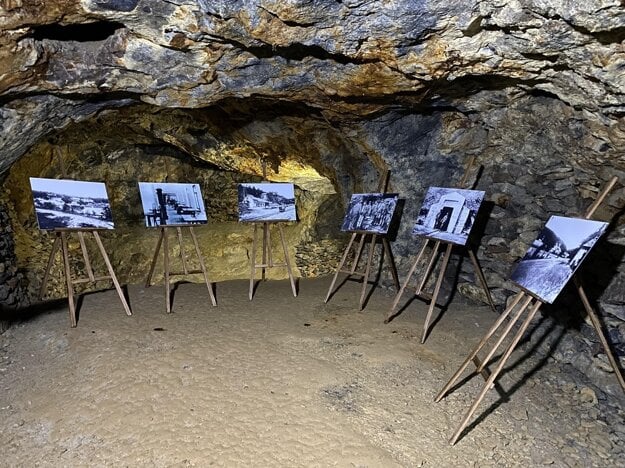 The oldest opal mines in the world, which are located in the Slanské vrchy mountains above the city of Prešov, will reopen on May 1. In the picture, you can see a gallery in the large hall of these mines. (Source: TASR)

In the video section, most of the time, we try to bring new Slovak music to you. This week is no exception, but we will extend our search to New Zealand.

Henika, or Henrieta Tornyai, is an independent musician and music producer who was born in Slovakia but moved with her family over to New Zealand when she was a little girl.

Recently, she has released a new single titled Strange Creatures that features various New Zealand birds such as the Tui, the Korimako, the Kokako and the Kakapo. The musician decided to donate all profits from the single to volunteers who help in predator-free sanctuaries on some of the New Zealand islands where Henika recorded all the bird sounds.

The Slovak-New Zealand artist goes on to prove her talent in the video. The masks and costumes were made by Henika herself, and she also co-directed the video.