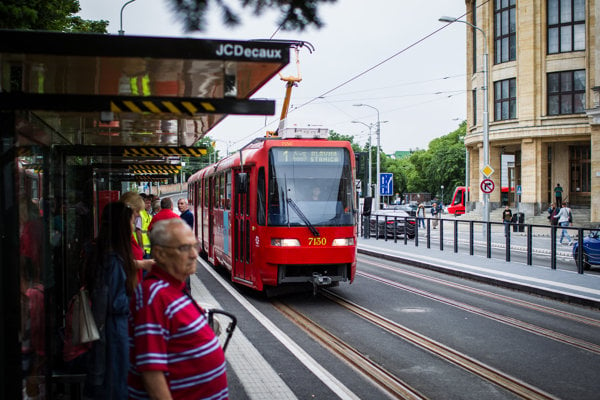 The Covid-19 pandemic has hit public transport in Bratislava hard. The number of passengers using public transport has decreased by approximately 60 to 70 percent compared to the pre-pandemic period. This decline is reflected in DPB’s revenues. With the Bratislava city transport company, Dopravný Podnik Bratislava (DPB) losing €2 million each month in revenues, its total lost revenues since the outbreak of the novel coronavirus have climbed to €25 million.

The city council has okayed a help package of €3.9 million to cover DPB's costs for 2020. Other forms of financial assistance for DPB are subject to negotiation with the government and individual ministries.

Bratislava has already rejected the Finance Ministry’s offer of an interest-free loan. Instead, it is demanding the same compensation for DPB from the state as private carriers have already received.

“We do not consider interest-free state loans during the current times, when money is cheap, as help,” the city council claims.

While the Transport Ministry has provided Covid-19 compensation to 54 private carriers, it has not extended this to the four municipal public transport companies operating in Bratislava, Košice, Prešov and Žilina, citing legislation that does not allow it to do so. Bratislava sees this as discrimination and will turn to the European Commission with a complaint.

In 2020 the revenues of DPB shrank by 42 percent or €19 million. So far, the worst month for DPB was January 2021, when it recorded a year-on-year decline of €3.6 million in ticket sales which totalled €930,000, representing a 74 percent drop. This trend continued in February, with a decline of 68 percent. DPB forecasts that a similar situation will continue in future months in 2021 even though it has reduced the number of its employees by a further 121 from the beginning of 2021 and lowered the number of transits.

Bratislava Mayor Matúš Vallo said earlier in April that the city council would not allow mass layoffs at DPB or a reduction of routes in Bratislava. The city council, as the sole shareholder of DPB, has promised to settle all its obligations.