Barely half of Slovakia's population will get the Covid jab by the end of August, registration rate suggests

Few people have registered for the vaccines, poll shows some have strong preferences concerning manufacturers. 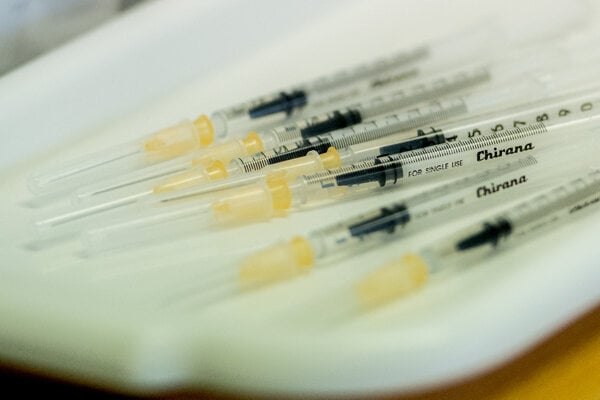 When the registration for Covid vaccination opened in Slovakia for everyone over 16 in late April, only up to 135,000 people registered for their jab within the first few days.

Robert Suja, the general director of the National Centre for Health Information (NCZI), an organisation responsible for the registration system, admitted that the "extremely low" registration rate came as a negative surprise to him. Polls show that accine hesitancy has decreased compared to previous months. It has been suggested that some people may postpone their registration in order to avoid the AstraZeneca vaccine, which has lost trust among people in Slovakia in the past weeks.

Together with new registrations, approximately 285,000 people are now waiting for their first Covid vaccine dose in Slovakia, while Slovakia expects to receive nearly 1.5 million doses this month.

He estimates that given the current registration rate, it is realistic to expect that the vaccination rate in Slovakia will not exceed 38 percent.

"It may happen that in about three to four weeks from now, I will be able to personally congratulate each person that registers," Suja told journalists on May 3. A realistic estimate of the vaccination rate by the end of August would be 48 percent, he added.

Polls show a drop in hesitancy