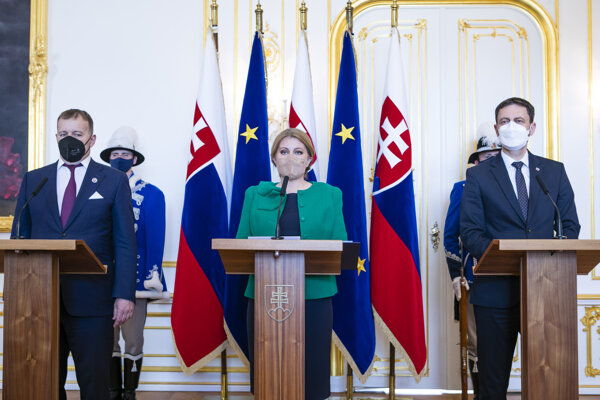 With billions of euros coming its way from the special fund the European Union set up for post-pandemic recovery, Slovakia could become a more resilient and innovative country with a greener economy, better education and health care systems. Just how much of this appealing vision it can turn into reality will be down to the state's ability to draw money from the fund.

The Slovak government approved and sent its Recovery and Resilience Plan to the European Commission on April 28, 2021, the biggest reform package of the past decade. Before it received the green light from the Heger cabinet, the plan had been through interdepartmental review in Slovakia. Even though more than 2,500 comments were submitted, there were no major changes to the draft plan, which the government presented to the public in March.

The plan formally fulfills the requirement of spending part of the funds on digital transformation and part on green reforms. The reforms and investments are expected to take place in 2021-26 and the funds should be spent by 2026.

“I’m especially happy to see that the need for the fight against climate change was taken into consideration in the recovery plan,” said President Zuzana Čaputová, after she, along with Speaker of Parliament Boris Kollár and PM Eduard Heger, signed the letter to European Commission President Ursula von der Leyen, which accompanied Slovakia’s plan.

As Von der Leyen confirmed receiving the €6.6-billion plan , she pointed out that it was good that it contains key priorities for the future of Slovakia, such as the green economy, education, research and development, healthcare, and e-government.

The EC now has two months to assess the plan.