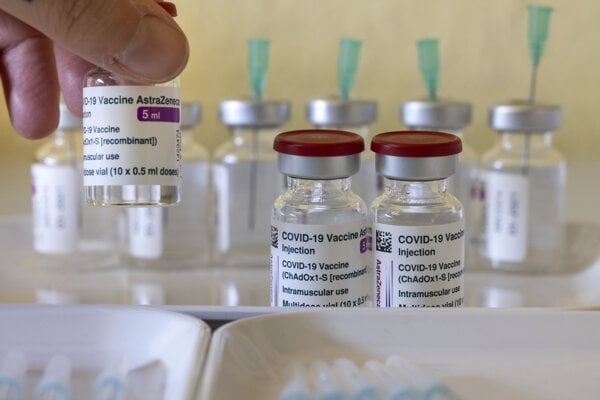 The State Institute for Drug Control (ŠÚKL) has completed an investigation of the third case of a death occurring in the days following a vaccination against Covid-19, with the victim being a 47-year-old woman inoculated with the AstraZeneca vaccine.

The woman died from a thrombosis, which is one of the possible, yet very rare adverse effects of the vaccine. Genetic screening, however, showed that the woman suffered from a blood-clotting disorder. Given her genetic predisposition, it was determined that there was a probable link between her vaccination and the thrombosis that ensued, Magdaléna Jurkemíková, ŠÚKL spokesperson told the TASR newswire.

The two preceding deaths were post inoculation with the Moderna and Pfizer/BioNTech vaccines respectively. Both victims were elderly people suffering from several chronic illnesses.

“In both cases, the cause of death was determined by autopsy and was associated with the chronic diseases of the patients,” said Jurkemíková. “Considering that adverse reactions following vaccination may have contributed to the overall deterioration of health, the causal link between vaccination and deaths was determined as possible.”

In total, ŠÚKL has received 4,196 reports of adverse effects after vaccination so far.

“Of the total number of reports, 244 were serious, making up a 5.8-percent share,” said Jurkemíková.

In total, 1,164,981 people were inoculated with the first dose of a vaccine and 549,768 with the second dose by May 7 according to data from the National Health Information Centre (NCZI). To achieve herd immunity in Slovakia's population of 5.4-million, at least 3.3 million people must be vaccinated.