Mária Kolíková has survived an attempt to oust her

The opposition motion was supported by 51 MPs only. 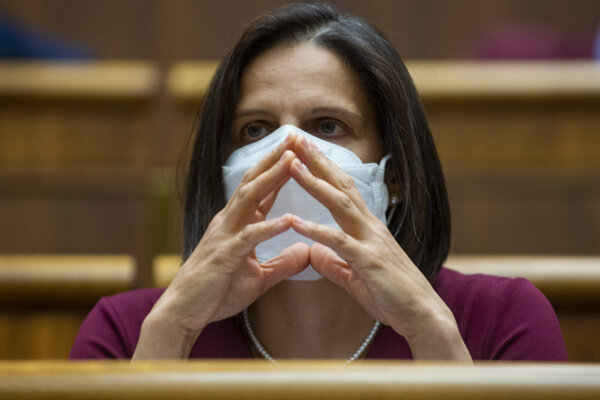 Only 51 out of 117 MPs present supported the proposal to oust her. 63 MPs were against, two abstained and one did not vote at all.

Initiated by the opposition, the parliamentary session was held on May 10. The Smer party and its chair, former three-time prime minister Robert Fico, have voiced suspicions related to several companies involving Kolíková’s family. Some suspicions concerned the rental of the building where the Justice Ministry currently resides. 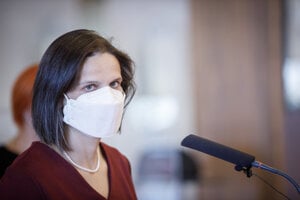 Kolíková faces ousting. These are the suspicions voiced against her Read more

Kolíková has been clearly supported by Freedom and Solidarity (SaS), Sme Rodina and Za Ľudí. Some MPs of the biggest coalition party, the Ordinary People and Independent Personalities (OĽaNO), first said she did not explain some suspicions, related to the rental of the Justice Ministry’s building.

Eventually, only one OĽaNO MP, Martin Čepček, voted for her removal from the office. Two OĽaNO MPs, Róbert Halák and Radovan Marcinčin, abstained. The other 27 OĽaNO MPs did not participate in the vote.

“On one hand, I am not happy that I don’t have strong support, which would mean 76 votes against,” Kolíková commented after the vote. “On the other hand, I strongly perceive the support I have received from people outside, so I am not uncaring in this matter.”