Most long-term unemployed people in Slovakia are in Prešov Region. 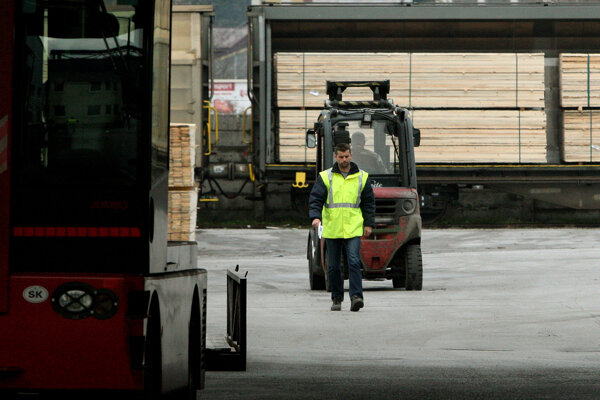 Labour offices in Slovakia registered about 89,400 people without work for longer than a year by the end of March.

Long-term unemployment increased by 50 percent y-o-y, or by 30,000 people. Four out of ten registered unemployed people have been without work for more than a year, according to the statistics of the Central Office of Labour, Social Affairs and Family (ÚPSVaR).

The most long-term unemployed people are in Prešov Region, the SITA newswire reported. By the end of the third month of this year, there were 24,200 unemployed. The districts of Prešov, Vranov nad Topľou and Kežmarok contributed significantly to this figure; the number of unemployed over one year exceeded 3,300 in these areas.

In Košice Region, 22,400 registered unemployed did not have a job for longer than one year. The worst situation was in the districts of Trebišov, Košice-okolie, Rožňava and Michalovce. While in Trebišov, there were 4,500 such people, there were over 3,000 such people in the other districts mentioned.

The third worst region from the point of view of long-term unemployment is Banská Bystrica Region. About 17,100 people there have been without work for more than 12 months. The worst situation within the region is in the district Rimavská Sobota, where the number of long-term unemployed is 5,100.

The situation is significantly better in Žilina Region, where the number of people who have been unemployed for over one year by the end of March exceeded 7,500 people. It is followed by Nitra Region, where 5,700 people are registered as long-term unemployed.

The number of long-term unemployed in Trenčín Region is 4,500 people, in Bratislava Region 4,300 people and in Trnava Region 3,600 people.

The registered unemployment rate in Slovakia increased by 0.08 percentage points month-on-month to 7.98 percent in March 2021.

In a year-on-year comparison, the registered unemployment rate rose by 2.79 percentage points. In March 2020, it reached 5.19 percent.

The number of jobseekers ready to start work immediately reached 218,627 in March this year, an increase of 2,132 compared to the previous month.