At the weekend caves will reopen, and so will a Bratislava city beach. 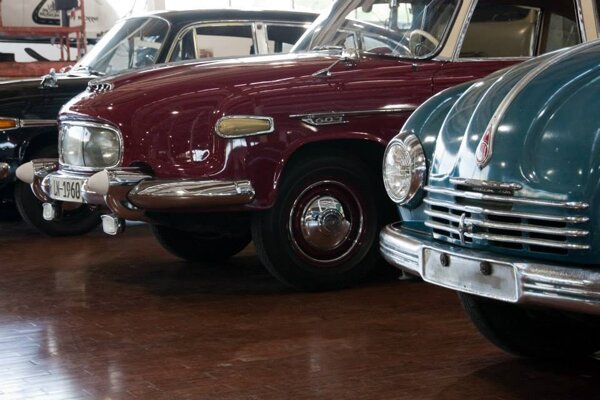 An American museum is selling old Czechoslovak cars, Swiss trams arrived in Slovakia after a three-week-long journey, and honey bees have taken over the Slovak capital.

In fact, this week, we have a bit more news about Bratislava than usual, but we are also writing about a cute porcupine cub from Košice.

Don’t forget, the Night of Museums and Galleries will be back this Saturday, and Slovak caves will be reopening this weekend too. If you’re looking for something to do, we've got your back!

The Košice Zoo is the first in Slovakia to breed the North American porcupine, which is often mistaken for another rodent – the crested porcupine.

The North American porcupine cub, born on April 3 by caesarean section, is called Hugo. His father comes from the Olomouc Zoo, Czech Republic, and his mother from the Miskolc Zoo, Hungary. 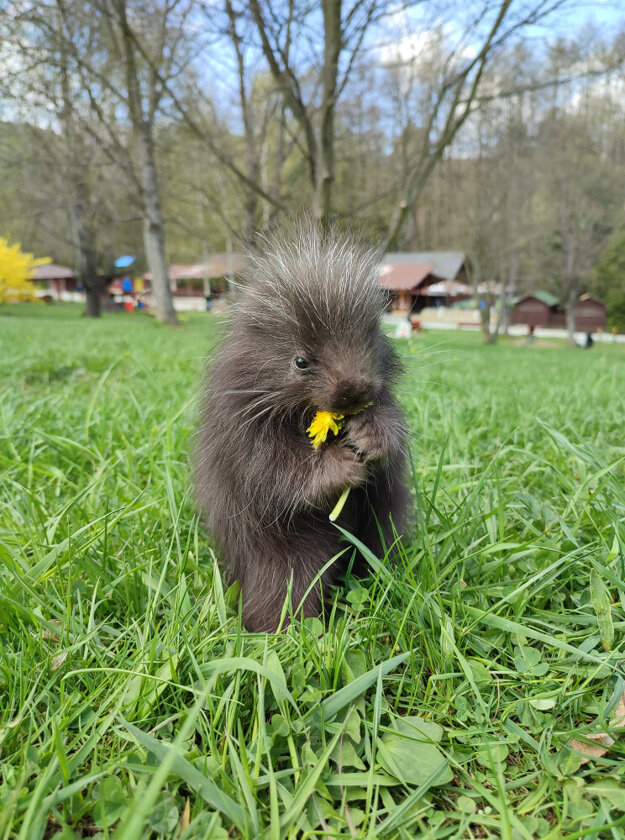 Once Hugo grows up, he can weigh up to seven kilograms.

Although the North American porcupine resembles the crested porcupine, it has got more in common with guinea pigs. Its quills are smooth but barbed. Moreover, it does not dig burrows, but climbs very well. In the trees, it seeks not only shelter from predators, but also its main food – buds, leaves, fruit, and flowers.

This porcupine species is a loner.

Also, it is one of the less common animals in European zoos. This porcupine species is, in fact, bred by 36 institutions with up to 90 individuals. Only eight cubs have been born in the last year, the Košice Zoo said.

The Slovakia-Austria-Czech Republic part of the Iron Curtain Trail, known as EuroVelo 13, running across Europe, has been named the cycle route of 2021. The jury praised the cooperation of the three countries on the project and called Bratislava’s Old Town a ‘dream destination’. 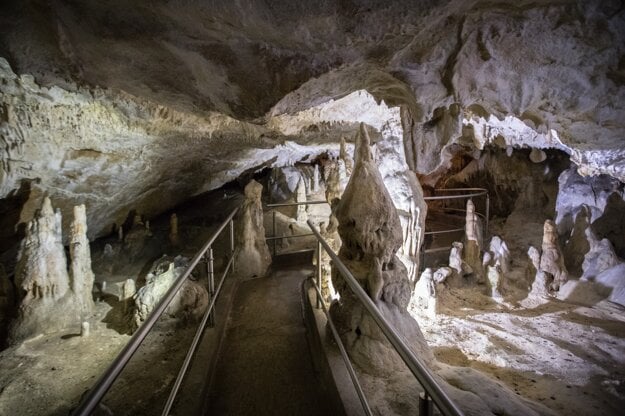 Harmanec Cave near Banská Bystrica. The Slovak Caves Administration will reopen its 13 caves on May 15. Most visitors will need a negative Covid test and follow basic Covid rules such as wearing a face covering. Capacity limits will be in place as well. (Source: TASR)

The Košice State Theatre, opened in 1896 and designed by Adolf Lang, is one of the dominant features of the city centre in Košice. Many do not know that scenes from four of William Shakespeare’s tragedies, including Romeo and Juliet, illuminate the ceiling of the building.

A 19 km long hike to Starý plášť mountain, through the Amon Meadow, starts under the castle Plavecký hrad. After following a few marked hiking paths, you take an unmarked forest path to reach the mountain, whose name means “old coat”. 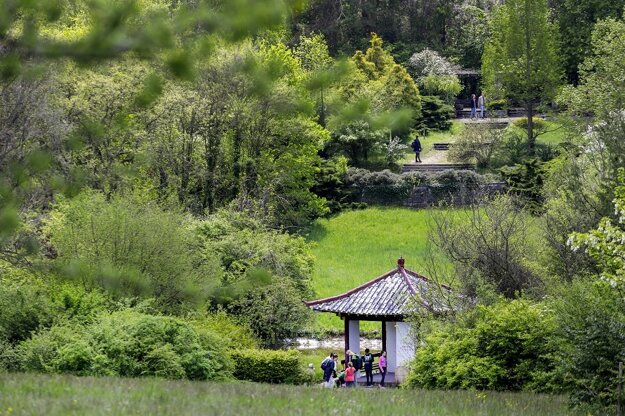 The Mlyňany Arboretum of the Slovak Academy of Sciences is a protected area in the villages of Tesárske Mlyňany and Vieska, near Zlaté Moravce. It is open to the public all year round, except for some holidays. (Source: TASR)

Bratislava Castle has four towers. True or false? There is only one real tower – the Crown Tower, others are turrets on the rooftop. Also, it is not true that the castle has a square floor plan, although it may appear so. Learn more about the history of the sight.

Held on the third Saturday in May, many Slovak museums and galleries will take part in this European event on May 15. Some institutions will welcome visitors under strict Covid measures, but many have prepared a number of events in online spaces as well. See the 2021 programme.

Opened in 1886, the old house of the Slovak National Theatre on Hviezdoslav Square in Bratislava will be shutting down. The landmark, renovated almost 50 years ago, will undergo a major overhaul again. The new building stands by the Eurovea mall.

The Nashville-based Lane Motor Museum, established in 2002 and specialising in European cars, is selling a number of vehicles, including those made in former Czechoslovakia, for storage limits.

“Some are in great condition, some are project cars, with others somewhere in between,” the museum said. “We would like to provide others with the opportunity to revive, restore, and enjoy these cars, rather than consigning them to decades of dark, dusty storage.”

Aero, Škoda, Tatra, Praga, Jawa and Velorex are the Czechoslovak car brands in the museum’s collections. Of them, four car models are now up for sale: Tatra 805, Aero 30, Tatra 613, and Tatra 75. 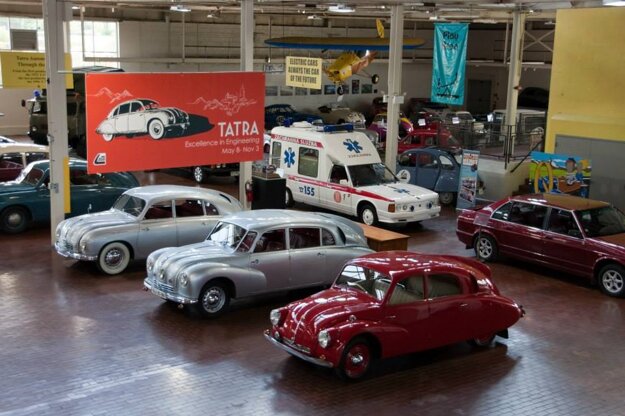 The last mentioned came out in 1934. It had been owned by one family for 76 years before being acquired by the museum. It is now selling the model for $20,000.

Another model, Aero 30, is for sale for $10,000. This car model was produced between 1928 and 1947. The company initially produced planes, but it became the fourth largest car manufacturer in the country.

The T-805 model, produced by Tatra in the fifties, can be purchased for $5,000. The 800 series represented special purpose vehicles and was sold to the military and construction industries, the museum said. 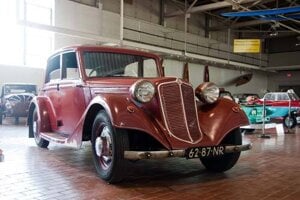 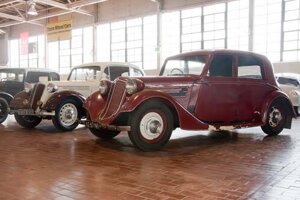 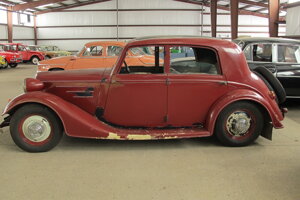 Czechoslovak cars for sale in the USA (15 photos)

“This is not a vehicle for the casual driver. Performance is sluggish at best. As the driver sits right next to the engine, the heat and noise are appalling. Turning the steering wheel alone is a real workout.”

The museum is currently selling another Tatra model, 613, as well. The company intended to produce them for government officials in communist countries. The ‘limousine’ is for sale for €10,000. Over 11,000 cars were produced from 1973 to the late nineties, though only eleven cars were made in 1996.

The Bratislava borough of Petržalka decided to place the first group of six ballot bins near important transport hubs to keep its streets butt-free.

By throwing a cigarette butt into one of the bins, inhabitants of the ward will be able to express their opinion on prepared questions and at the same time protect the environment. It can take up to 10 years for cigarette butts to decompose.

Through the project, Petržalka hopes to teach smokers that butts belong in bins, not on the ground. But non-smokers can get involved in the initiative and vote as well. They just need to pick up a butt from the ground. 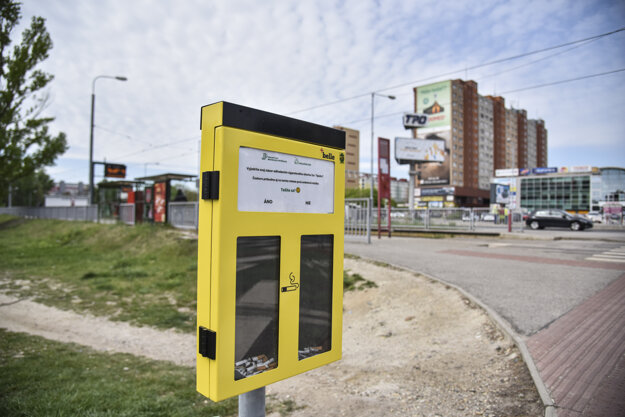 Arriving in the port of Bratislava this week, the first batch of trams from Basel, Switzerland, should help develop green transport in Slovak regions in the future.

The trams reached the Slovak capital after three weeks, and they will now be sent off to central Slovakia by train. The whole transport, costing €250,000, is indeed more expensive than the trams.

The idea is to use them between Čierny Balog and Podbrezová, as well as on the southern side of the Chopok peak in the Low Tatras. 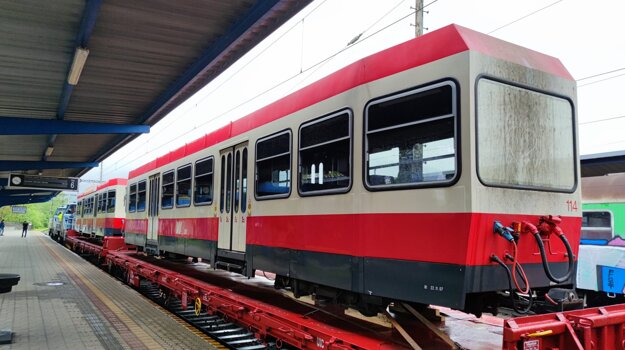 The Swiss trams, still in good technical condition, were manufactured 30 years ago, and ran in the north of Switzerland for years before the BLT public transport operator decided to replace the old track gauge with a new one, including trams. 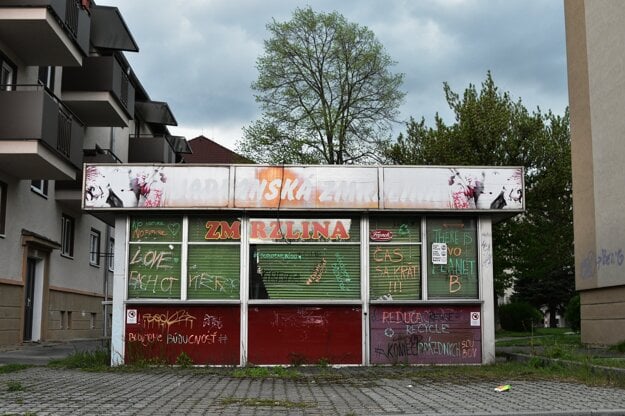 Tens of beehives have been placed in and around the Slovak capital. For example, the city council's bees produced about 40 kg of honey last year, and it is said to taste like Bratislava. The city plans to increase the number of apiaries in the future and support biodiversity in this way. The idea of city bees was popularised in Slovakia only a few years ago. 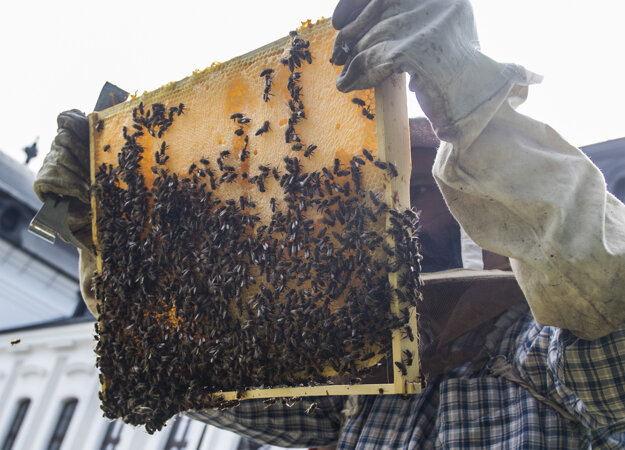 "The honey bee alone will not save us, what is important is biodiversity." (Source: TASR)

Slovaks’ roots wrapped up in a song

The music band Iconito from eastern Slovakia has teamed up with the folk ensemble Zemplín, founded in 1957, to record the Korene (roots) song.

For the beautiful single, lyrically and musically, artists also filmed a video in which a viewer can see spectacular shots from six different Slovak regions and various folk costumes. Myjava, Podpoľanie, Horehronie, Kysuce, Zemplín and the region of Goral are all portrayed in the video through a handful of tools and elements typical for these regions.

Iconito and Zemplín would like to indeed expand their collaboration to an even bigger project and promote Slovak traditions and folklore among young people in Slovakia and abroad.