It’s official: the second wave in Slovakia is now over

National emergency ends after more than half a year. Crucial vaccination programme witnesses yet more changes. 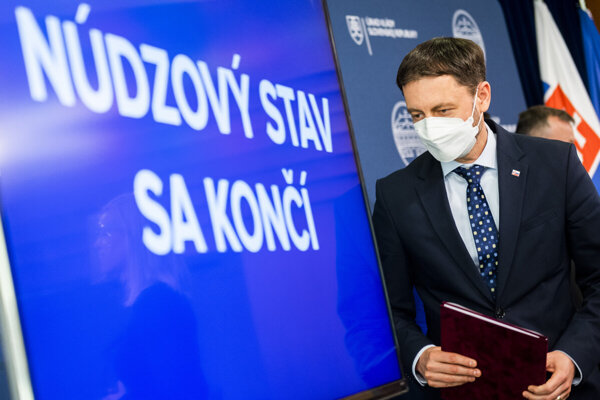 Its lack of a unified vaccination document has left Slovakia out of a travel deal with its neighbours.

Not a minute longer than necessary was the promise about the national state of emergency that the government gave when it first imposed it on the country and then continued to prolong it for more than six long months. Not everyone agreed with PM Eduard Heger when he said that the government had adhered to that promise when he announced that the national emergency in Slovakia was effectively over as of May 15.

His claim about the lifting of the national emergency being a victory for all is understandable in light of his government’s attempt to motivate people not to drop their guard and to stick with the collective effort to combat the pandemic – which will now come down mainly to their willingness to get the jab. It is less understandable in the context of the more than 12,000 coronavirus victims in Slovakia, which has placed the country in the group of EU states which have suffered the highest incidence of Covid deaths per 100,000 inhabitants.