We can even vote to bring in Putin and Biden, Speaker of Parliament Kollár said. 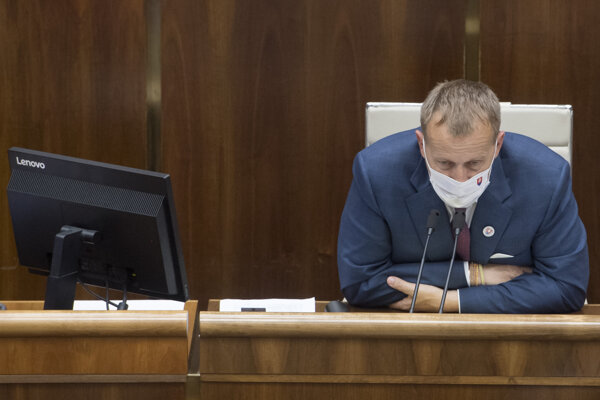 MPs voted to bring the former director of the secret service, currently in custody on corruption charges, to attend the ongoing parliamentary session on a controversial meeting of top state and law enforcement officials. The parliament's speaker voted in favour, although later he called it an absurd notion.

The extraordinary session of the parliament, taking place behind closed doors, was interrupted after a few hours following the vote on the procedural proposal of opposition Smer leader Robert Fico. The MPs of opposition Smer and Hlas, and the coalition Sme Rodina and some of the OLaNO caucus, voted for the former SIS director Vladimír Pčolinský (Sme Rodina nominee), currently in custody on corruption charges, to be present at the closed session.

Pčolinský has been in custody since March of this year. He stands accused of having accepted a bribe to stop SIS from following lawyer Zoroslav Kollár, who also faces charges.

The prosecutor of the Special Prosecutor's Office did not comply the request of parliament to bring in Pčolinský to parliament, stated the spokesperson of General Prosecutor's office later on May 26.