Pandemic forced people to leave tourism. Some do not plan on returning

Most left to work in production, recent Profesia poll suggests. 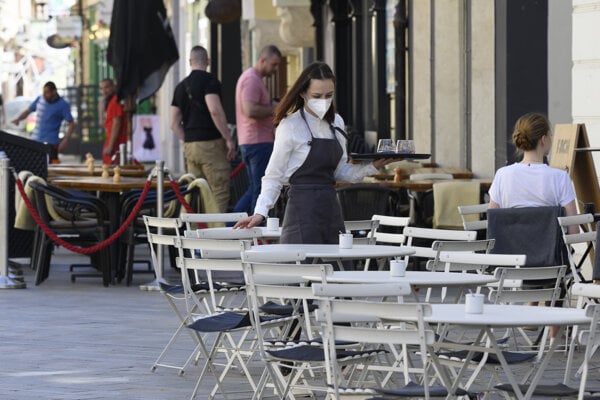 Many people forced to leave their jobs in tourism due to the pandemic are now working as shop assistants or in the industrial production sector. Most of them can imagine returning, but they say certain conditions must be met first.

This stems from a recent poll carried out by the Profesia recruitment company on 492 respondents who used to work in the tourism, gastronomy and hotel industries between May 18 and 24.

Only about one in ten respondents did not have any work experience in the tourism sector. The highest share of people who used to work in the sector, 36 percent, said they remain unemployed.

About 31 percent of respondents still work in the tourism, gastronomy or the hotel industries, while nearly one quarter said they found a job in another sector.

Of those who have changed or lost their job in the past year, 63 percent said that the reason was the pandemic. Among the most frequent reasons were closed premises or the reduction of staff.

Nearly half of respondents from this group found a new job in commerce and industrial production. Other respondents work in services, administration, transport or client support.

When asked about the conditions under which they would be willing to return to their jobs in the tourism, gastronomy and hotel industries, respondents mentioned a higher salary and job security the most.

Former employees in tourism admitted that they miss their colleagues the most. Among other frequent reasons are job location, the job itself and employee benefits.

About one-fifth of respondents said they do not plan on returning to the tourism industry.