Flights between Poprad and Bratislava should be offered this autumn

Flights to Prague are currently under negotiation. 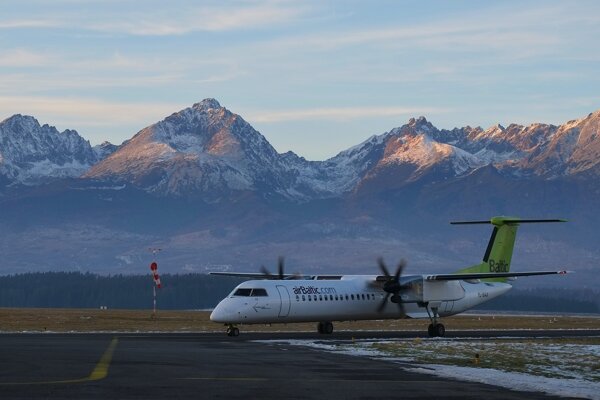 Regular flights from Bratislava to Poprad and back may be launched soon. (Source: TASR)
Font size:A-|A+

Flights from the Poprad Airport to Bratislava will most likely be offered this autumn.

The director of the Poprad - Tatry Airport, Peter Dujava, confirmed this after meeting with Transport and Construction Minister Andrej Doležal in Poprad, the SITA newswire reported.

According to Dujava, the negotiations are underway, but he did not want to specify for now which carrier will provide the service that has been in the works for a long time.

A sixty-seat aircraft should be used for the regular flight, which will continue from Bratislava.

Another novelty will be the flight connection with Croatia during the summer, probably with Split or Zadar.

According to Dujava, the airport will also operate flights to Antalya, Turkey and Bulgaria. He added that if the situation with Covid-19 is favourable, the Poprad airport plans to operate 50 charter flights during the summer.

From June, the flight connection with London will resume.

"We would like to include the Netherlands in regular flights, which was a topic of this airport in the past, but the negotiations failed," said Dujava.

According to the director, flights to Prague are currently under negotiation.