Slovakia has 1.4 billion euros to spend on its health care facilities, mostly from the EU Recovery Fund. 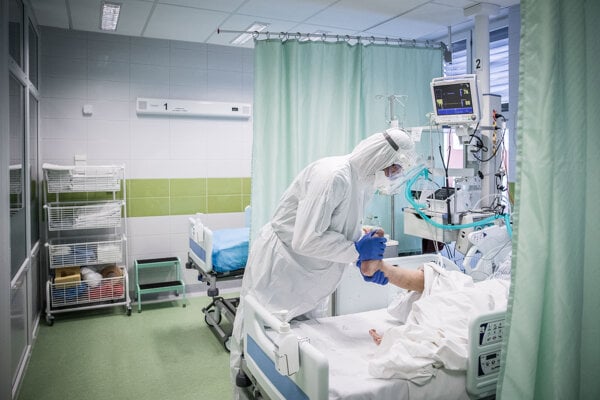 The Health Ministry wants to cut down on more than 10,000 acute hospital beds by 2030. These are meant for patients facing an immediate life threat, awaiting surgery or recovering from trauma.

This is one of the plans the Slovak Health Ministry has unveiled as part of its hospital network optimisation project.

"Optimisation of hospitals is a condition for us to draw money from the EU recovery fund," Health Minister Vladimír Lengvarský (OĽaNO nominee) said following the May 26 cabinet session.

The fund should contribute €1.4 billion to this purpose.

The unveiled plan is an updated reform of health care facilities that former minister Andrea Kalavská (Smer nominee) started, known as the stratification of hospitals. A few months before the February 2020 parliamentary election the then-ruling Smer failed to support her plan, which prompted her to resign as minister. Her successor in the Matovič government, Marek Krajčí (OĽaNO), rejected her plan as a whole.

State Secretary Jana Ježíková (deputy minister under both Krajčí and now Lengvarský) said the ministry has not used data from Kalavská's stratification, but analysed the system anew. They want to regroup hospitals based on the treatment programme than on the department, like the former minister wanted.

Despite the ministry's claims that the optimisation will not lead to scrapping entire hospitals, about one third of current hospitals will only provide partial care, such as post-surgery care, rather than the comprehensive treatment people have been used to in many regions.

The ministry wants to pass the optimisation plan in the parliament by the end of this year. First, it needs to be approved by OĽaNO's coalition partners.