One in ten hotels have problematic ownership background 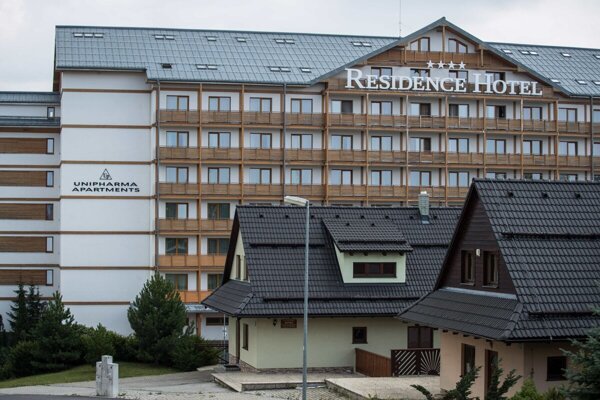 Of the more than 600 hotels in Slovakia, 50 have a background of problematic ownership. With some, the problem extends to their modus operandi (mode of operating).

The information was brought by Transparency International Slovakia (TIS) on June 1, based on an analysis the non-governmental watchdog conducted in cooperation with journalists. Hotels were ranked based on several categories.

In regards to organisation transparency, criteria included who administrates the business, whether the hotel publicises deadlines, and if it is possible to identify the owner or final recipient of benefits via the means of public registries. The trustworthiness of hotel owners was the second category.

The hotels were graded on a scale from 1 through 6, from the best hotel down to the most problematic.

Former director of TIS Gabriel Šípoš noted that money from various scandals often ended up in the hotel industry.

“It is not a peculiarity of Slovakia. We see it in other places as well, that the hotel segment often attracts investors who are dedicated to the field and want to offer the best service, but also those who are looking for a means to launder their money or to solidify their status and influence society,” he said, as quoted by SITA.

According to journalist Martin Turček, who helped with the project, among the worst hotels in terms of owner trustworthiness were those belonging to convicted businessman Marian Kočner and the former chief of Slovak intelligence service, Ivan Lexa.

On the contrary, ‘good’ hotels are owned by the current chancellor of the parliament, Daniel Guspan, and by businessman Radovan Horecký.

Hotels linked to businessman Oskar Világi ranked somewhere in the middle. His name was mentioned in the Gorila files, but since then his name has not been associated with illicit actions, Turček noted.

“Similarly, we have taken into account if a hotel is owned by several people, which is why a hotel co-owned by Martin K, who is currently accused of corruption related to the Cattle Breeder scandal, received a median ranking,” he stated, adding that the other co-owner has not had charges levelled against him.

The ranking of hotels can be found on the web page ktovlastni.sk.