Instead of the human consequences of the pandemic, or high-level corruption, MPs will be asked to debate abortion yet again. 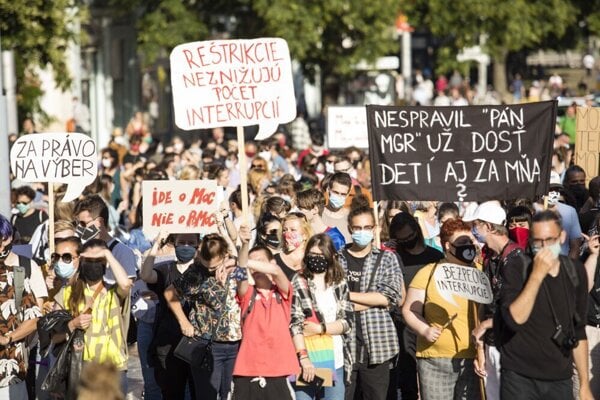 Welcome to Last Week in Slovakia, your weekly commentary and news by The Slovak Spectator’s editor-in-chief. Have a pleasant read.

How can you tell six months have passed? Another bill, with even stricter abortion rules, has appeared in the Slovak parliament – or so goes a running joke that is neither original nor very funny but speaks volumes about the reactions that any debate about sexual and reproductive rights brings with it in this country.

The determination of some MPs to bring up abortion as a legislative issue is typically met with a combination of determination and fatigue on the part of their opponents, along with hyped emotions or just eye-rolls among the population. It is as paradoxical as it sounds, and just as unnecessary.