Foreign Minister Ivan Korčok admits the EU is late with answers to what its future should look like, inhabitants should be involved in drafting them. 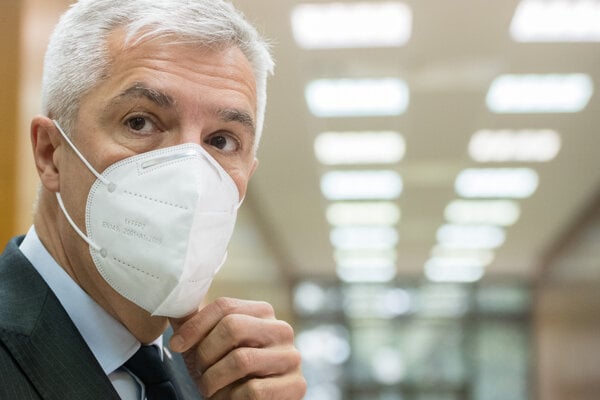 The people of Slovakia are welcome to express their opinions of the European Union and its future.

Foreign Minister Ivan Korčok admitted that the EU is late with the answer to what its future should look like.

Korčok and his deputy, State Secretary Martin Klus (SaS), opened the nationwide conference on the future of the EU in Slovakia. The results of the conference are to be unveiled in the spring of 2022.

"The main objective of the conference is for Slovakia to contribute its voice to the future of the EU, for people to say how they imagine the EU should work, what they would improve and what they mind," Korčok said as quoted by the SITA newswire.

Korčok particularly called on the critics of the EU, who typically repeat that they want Brussels to have fewer competencies, to come forward with concrete proposals.

He and Klus are planning to travel around the country and collect people's opinions. Those who are interested can contribute their proposals to improve the EU as well as their questions at futureu.europa.eu.

The Foreign Ministry wants to involve experts in the discussion, particularly during the national convent, to be organised this autumn. The convent should produce a set of national recommendations that the Slovak government will then pass on to Brussels.

The EU carries the heavy baggage of previous European migration crises, Brexit and the pandemic, the minister noted.

"This baggage is very heavy by now, so we should stop and listen to the citizens about what they expect of the EU," Korčok said.