Coalition partners called on him to step down, too. 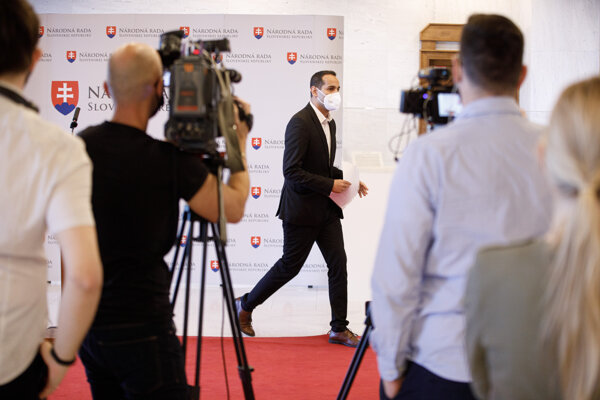 Several criminal complaints have been filed against MP Ján Herák. He is suspected of sexually abusing a minor. Herák confirmed the accusation on May 25 but denies committing such an act. He gave up his membership in the OĽaNO party due to suspicions.

On June 9, the police reported that they will renew criminal prosecution for a sexual abuse case connected with Herák. However, he has not been accused yet.

Coalition partners Za Ľudí and Freedom and Solidarity (SaS) called on Herák to give up his seat in parliament. He announced his resignation on June 9.

"First of all, I am a father, a parent. The media made me out to be the dirtiest man. Politics is not worth this. I am giving up on my mandate to protect my family," Herák told the media.

He refused all the allegations. "I have a clear conscience," he noted, as quoted by the Sme daily, adding that it is also in his interest to have these cases clarified.