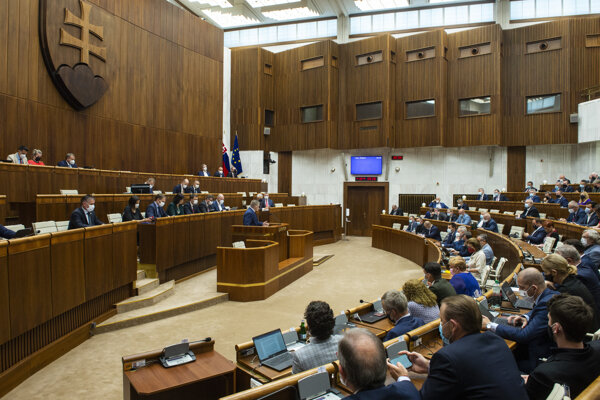 If the parliamentary election had taken place in June, it would have been won by the Hlas party of former PM Peter Pellegrini, attracting 21 percent of the vote.

The junior coalition party Freedom and Solidarity (SaS) would come second with 13.9 percent, followed by the opposition party Smer of Robert Fico with 10.6 percent.

This stems from a poll conducted by the AKO agency between June 7 and 11 on 1,000 respondents.

The latest poll confirmed the growth in support of Smer, higher than that of the winner of the 2020 general election, the Ordinary People and Independent Personalities (OĽaNO). The result also mirrors the developments shown in the recent Focus poll, published in mid-June. Only 9 percent of respondents would vote for the movement led by Finance Minister Igor Matovič.

Four more parties would have won seats in the parliament: Progressive Slovakia with 8.3 percent, Sme Rodina with 7.8 percent, the Christian Democratic Movement (KDH) with 5.3 percent, and Alliance, formed by the Hungarian parties, with 5.2 percent.

The smallest coalition party, Za Ľudí, would be left out of the parliament, gaining only 3.6 percent of the vote. Neither of the far-right parties would make it to the parliament.

Read more articles by the topic
This article is also related to other trending topics: Strana KDH, Hnutie SME RODINA