Good evening. The Wednesday, June 16, 2021 edition of Today in Slovakia is ready with the main news of the day in less than five minutes. We wish you a pleasant read. 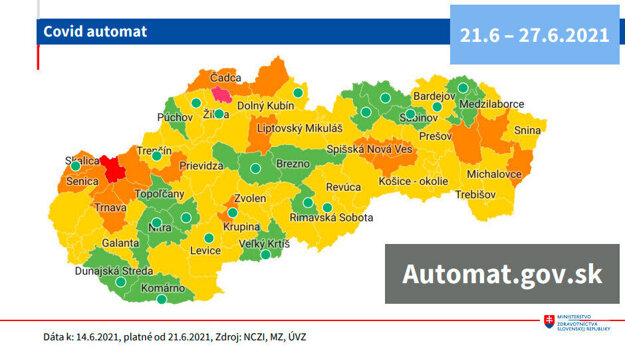 Only two districts, Myjava and Kysucké Nové Mesto, will have to adhere to rather strict anti-pandemic measures from next Monday, June 21 as they will remain in the red and light red tiers of the Covid automat alert system, respectively.

The measures in the remaining districts will be more relaxed, with as many as 17 districts switching to the green tier with the least strict regime. Another 45 districts will be in the yellow tier and 15 in the orange tier, as the cabinet decided at its June 16 session.

The cabinet has also updated the travel map. Starting next Monday, Portugal will switch from the green to the black tier, meaning that travelling this destination is not recommended. This is mostly due to the spread of the Indian Delta strain in the country.

The central crisis staff should discuss how to make border checks more efficient in relation to the new Covid strains, particularly the Indian Delta variant, at the June 17 meeting. 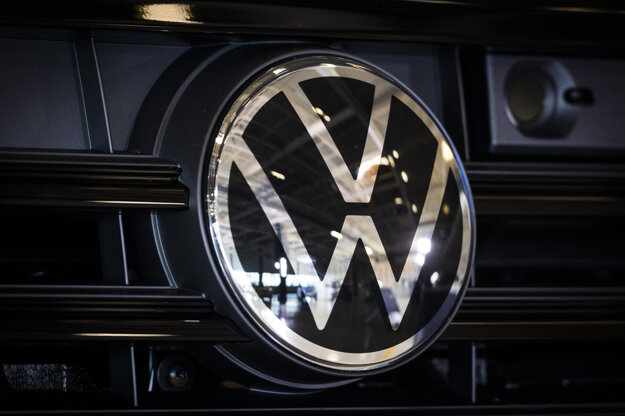 The global shortage of semiconductor components continues to affect car production in Slovakia.

For the second time, the Bratislava plant of German automaker Volkswagen has decided to suspend the production of SUV vehicles at the beginning of next week, on June 21 and 22. The manufacture of small city vehicles should not be affected.

The first time the company was forced to suspend the production of SUV vehicles was in late April. The production lines were stopped for about two weeks.

Slovakia commemorates an attack by some 150 bomber planes, during which the Bratislava-based Apollo refinery was destroyed on June 16, 1944. 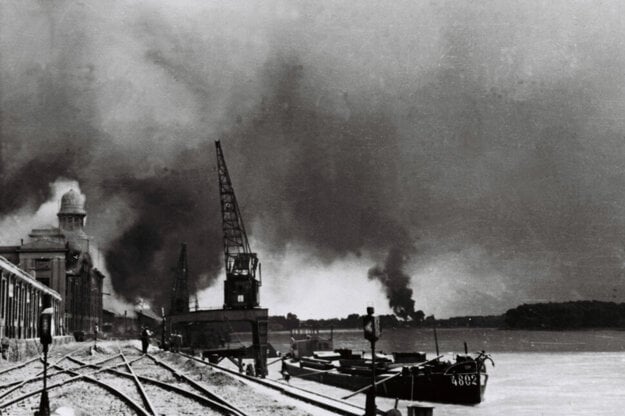 The 1944 bombing of Bratislava (Source: TASR)

The Supreme Court cancelled the acquittal of Marian Kočner and Alena Zsuzsová in the case of the murders of Ján Kuciak and Martina Kušnírová on June 15. The case will now return to the first-instance court.

“The Specialised Criminal Court has been ordered to try the issue again and decide,” staed the head of the Supreme Court senate, Judge Peter Paluda, offering vast criticism of the work of the first-instance court in this case.

Roman Cuprik of the Sme daily reports on the problem with the original verdict and what is expected next. 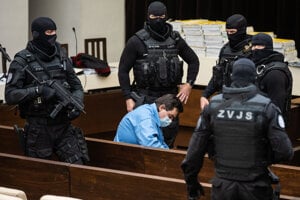 Kuciak case: Court overturned the acquittal of Kočner. What happens next? Read more 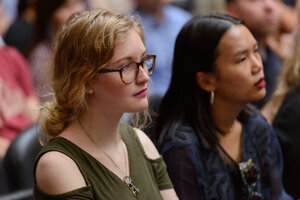 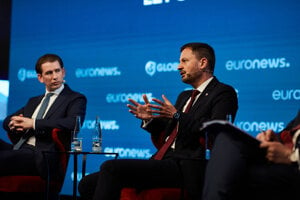 Money from the recovery package should be invested, not spent Read more 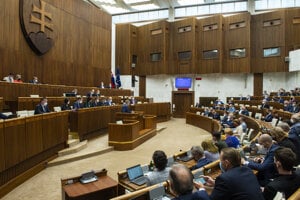 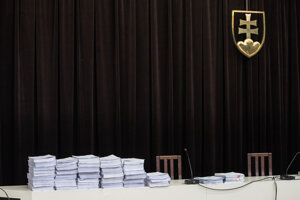