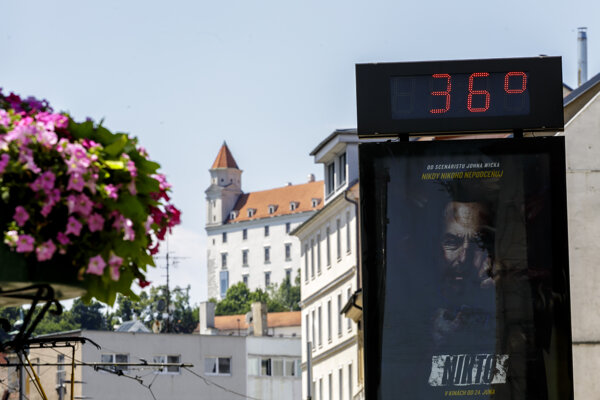 The highest temperature was recorded in the westernmost districts, reaching 34.6 degrees Celsius in Senica, the Slovak Hydrometeorological Institute (SHMÚ) reported.

For now, a first-level warning against high temperatures has been issued for western Slovakia and the southern districts of central and eastern Slovakia for Tuesday, June 22, between 13:00 and 18:00.

As for Wednesday, June 23, SHMÚ issued a second-level warning, in place from 13:00 to 18:00, against high temperatures for several southern districts and a first-level warning for the rest of Slovakia, apart from the northern districts of central and eastern Slovakia.