Bratislava to host multi-day festival on last weekend of June

The summer tourist season in the Slovak capital will kick off following a two-month delay. 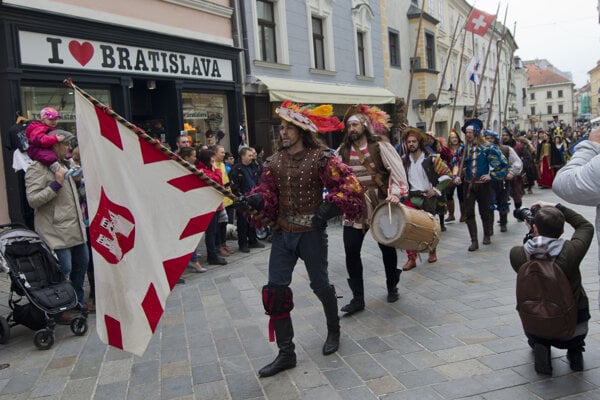 Bratislava City Days, a festival featuring city institutions, municipal and cultural organisations, and the city's boroughs, will take place on the last weekend of June (June 25 - 27). The popular event will be organised thanks to the improving pandemic situation, albeit with a time shift. It is traditionally held at the end of April, when Bratislava symbolically opens its gates to residents and visitors on St George’s Day on April 24. Starting in the 13th century, people in Bratislava would elect their mayor and city councillors on this day.

“The aim of city days is to connect the city as a whole and invite everyone to diverse locations and neighbourhoods in Bratislava,” the city wrote on social media.