Public gets to name new cycle bridge over Morava River

The last such effort ended with a joke proposal to name the bridge after action film hero Chuck Norris. 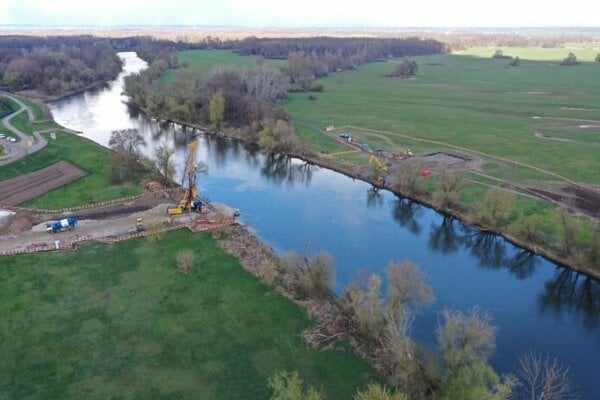 The public once again has the chance to name a bridge. The Bratislava Self-governing Region (BSK) is calling on people to suggest the name of a new cycling bridge between Vysoká pri Morave, Slovakia, and Marchegg, Austria, over the Morava River. The 270-metre-long, four-metre-wide bridge connecting the Eurovelo 13 International Iron Curtain Cycle Path with the Kamp-Thaya-March Austrian Cycle path is to be completed by next summer.

People can send suggestions via BSK’s website until the end of June. The proposals will then be delivered to the representatives of the local governments of Slovakia and Austria, who will choose the final name of the cycling bridge. 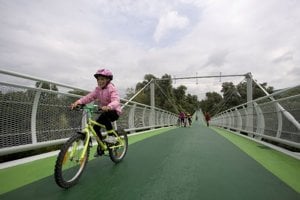 This will be the second bicycle bridge in Bratislava Region. The first one is the current Cyklomost Slobody (Freedom Cycling Bridge). It connects Bratislava’s Devínska Nová Ves with the Austrian Schloss Hof.

Before the opening of the Cyklomost Slobody Bridge, BSK announced a survey on its name. The region proposed three names, the Maria Theresa Bridge, the Freedom Bridge, and the Iron Curtain Bridge. Social media recipients voted to name the bridge after Chuck Norris, a 1980s action-film and TV star from the US. As a result, the bridge gained visibility on the internet around the world. The name of the bridge was finally decided by the regional deputies and the Austrian partners.