The real question is not whether Munich should or should not light its stadium with rainbow lights. 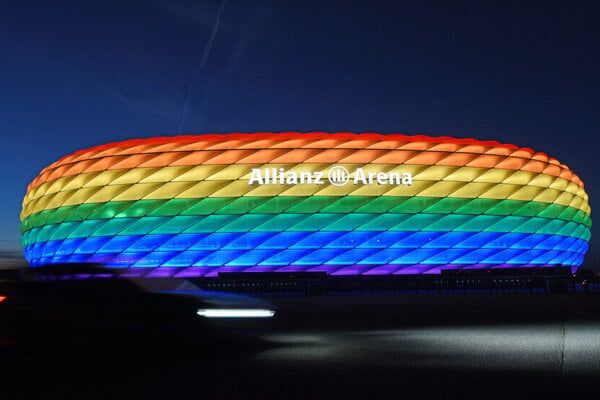 Earlier this week the mayor of Munich wrote to UEFA, the organisers of the ongoing European Football Championships, to ask permission for lighting the outside of the city’s main football stadium in rainbow colours. Hungary and Germany played each other on Wednesday, and the exterior lights were meant to show opposition to a new anti-LGBTQ law passed in Hungary.

UEFA rejected Munich’s request on the grounds that it must remain politically neutral, but Hungarian Prime Minister Viktor Orbán cancelled his plans to attend the match anyway — because fake tough guys are always the most easily offended.